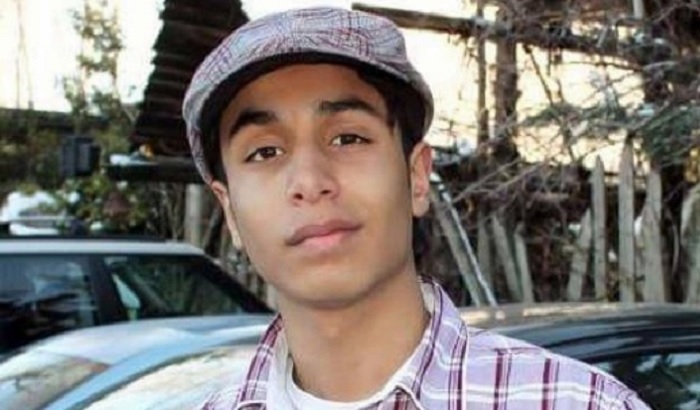 One of the clearest signals from Labour since Hilary Benn became shadow foreign secretary and Jeremy Corbyn party leader is that of renewed internationalism.

There is no doubt that Labour is demonstrating a clear resolve to expose double standards where David Cameron pursues dealings with other governments by turning a blind eye to the violation of human rights.

Labour will not ourselves be complicit in British complicity to rights abuse. Such is the case of Ali Mohammed al-Nimr.

Ali is the young man who was arrested whilst taking part in an Arab Spring democracy protest in Saudi Arabia. He faces execution through beheading and crucifixion, in the case movingly cited by Jeremy himself in his party conference speech last month.

This week, David Cameron was forced to admit on television that he had not personally intervened in the case, as Jeremy had challenged to him to do.

Cameron could not justify why Britain had made an explicit deal with the Saudis, for the two countries to vote for eachother in the election to the UN Human Rights Council.

Nor has our Tory prime minister responded to Labour pressure to withdraw a bid from our own Ministry of Justice to work for the very same Saudi Prison Service which is responsible for Ali’s impending execution.

Now that’s what I call complicity.

So today Labour ratcheted up the pressure – on our government and on the Saudis - by successfully proposing a European Parliament resolution calling for Ali to be pardoned.

I said it was sickening for my own country to be complicit in the case.

On behalf of Labour MEPs, I pointed out that Saudi Arabia’s election to the Human Rights Council led to it chairing the council’s panel of experts, despite the use of the death penalty against juveniles being explicitly prohibited by the Gulf state’s signature of the UN Convention on the Rights of the Child.

A European Parliament vote last year, also thanks to Labour pressure, had insisted that counter-terrorism cooperation between the European Union and the Saudis should be subject to human rights safeguards.

Yet Ali has been convicted as a terrorist, despite all reports suggesting that there is no evidence to support the claim, that a confession was forced out of him through torture and with his court appeal having taken place in secret.

His biggest crime is probably only that he is the nephew of a Shia cleric, who is himself a prominent dissident against the country’s ruling Sunni royal family.

Ali also had the temerity to teach first aid, ironic given that doctors have been barred from treating him for his suffering in prison.

Despite all of this, David Cameron was happy to justify his position on the case this week, precisely by citing counter-terrorism cooperation with Britain.

In Iraq and Afghanistan, the world has surely learnt the lesson that long-term success in the fight against terrorism can only be achieved by upholding human rights, not in their violation.

But not according to British Conservatives.

I was happy to say that we want good relations with the Saudis, and fully accept that some diplomatic messages can be more effectively delivered in private.

But standards must be respected, and the balance is certainly wrong in this case, with Cameron confessing he has not made the representations asked of him, at all.

The victim at the heart of all of this was a typical seventeen-year-old boy who liked clothes, cars, his blackberry phone and hanging around with friends.

Labour will keep up the pressure for his release. Each day, we can only hope that the representations do not come too late. Ali al-Nimr was a boy. Let him be a man.