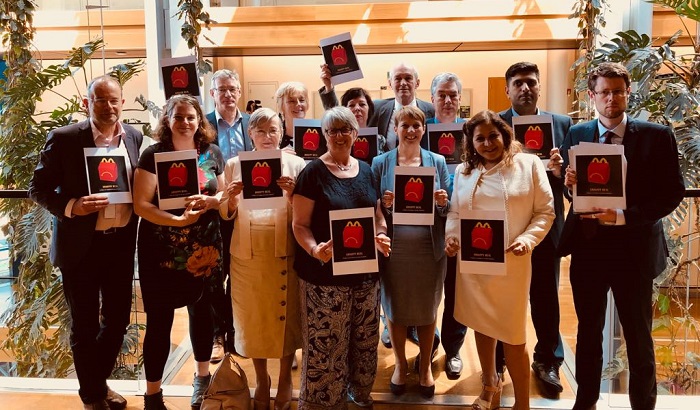 The European Commission must act to end exploitative zero-hours contracts, Labour MEPs warned as the European Parliament voted today for a resolution calling for tougher legislation to protect people in insecure employment. The resolution was a response to a petition signed by 31,000 EU citizens, including McDonalds workers in the UK.

“Over the last few years we have seen a huge increase in the number of companies employing people on zero-hour contracts. Companies like McDonalds - who make billions in profits and pay their CEOs tens of millions a year - are putting employees on contracts without maternity leave, paid holiday or redundancy.

“If this type of abusive and irresponsible corporate behaviour is not illegal, then it should be. We cannot allow multinational companies to get away with avoiding their most basic commitments to their workers.

“We stand side-by-side with all those fighting for their right to decent working conditions. We are pushing the European Commission to do something about it and ensure European labour legislation is being implemented correctly. As these petitions have shown, people are fed up at being taken advantage of by their employers.”

“It is vital the UK does not weaken any new protections for workers on zero-hours and other exploitative contracts if we leave the EU, and there must certainly be no diminution of existing workplace rights that British citizens currently enjoy.

“However, given the voting record of the Tory government in Council and Tory MEPs in plenary, and the rhetoric of the more extreme Tory Brexiters, we fear the worst. That is why we must and will fight any Tory Brexit that weakens the rights of British workers.”