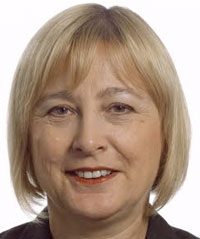 Mary entered the European Parliament in 2000, following three decades of involvement in Labour politics. Since becoming an MEP she has taken a special interest in women’s issues, and acts as the Labour spokesperson for women’s rights and gender equality.

In addition, Mary is Labour's spokesperson on the legal affairs committee and a member of the culture and education committee. She has contributed to securing important advances, including measures to tackle child safety online and steps to broaden employment and learning opportunities for Europe’s youth.

Prior to becoming an MEP, Mary worked in the charity and non-governmental sector. Following a degree from Oxford University, she joined the Greater London Council, before moving on to work within the trade union movement. She subsequently took on several roles in the voluntary and charitable sector, including as senior manager for Scope, chief executive of Gingerbread, and general secretary of the Association of Chief Officers of Probation.