Labour MEP: We rightly condemn FGM but practical solutions must be sought 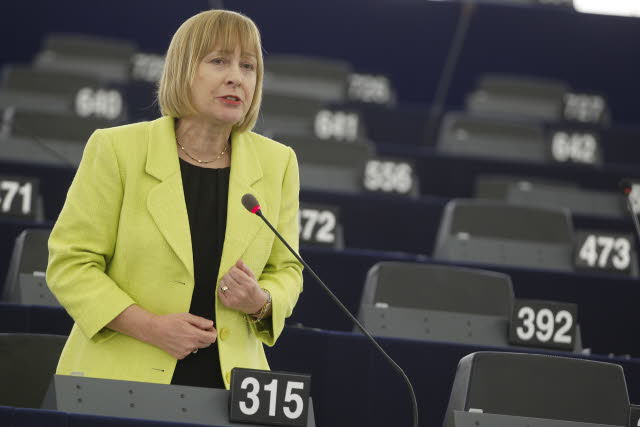 This Friday marks International Day of Zero Tolerance for Female Genital Mutilation (FGM). As I have written before, FGM is an abhorrent form of gender-based violence, perpetrated in most cases against girls under the age of 15. It is a gross violation of the human rights of women and girls and rooted in deeply unequal gender relations.

Whilst the practice tends to be concentrated in certain countries in Africa and the Middle East, the problem is universal.  It is estimated up to 500,000 women and girls in Europe are living with the consequences of FGM today. It is a particularly urgent problem in my own region, London, and last year a specialist clinic was opened to provide medical treatment and psychological support to girls who have undergone mutilation or cutting, either in the UK or abroad.

Based on current trends, an additional 86 million girls worldwide are at risk of being subjected to FGM by 2030.

At the European Union level, there is much that can be done to work towards the eradication of this practice.

Although the European Commission has issued a Communication towards the elimination of FGM, we are still waiting to see tangible results of its Action Plan. Next week, along with the committee on women's rights and gender equality, which I am a member of, I will call on the Commission to explain what has been done to meet recommendations and to set out which concrete measures will now be implemented to combat FGM.

FGM is a form of violence against women and girls (VAWG) and must be considered holistically. There is currently no overarching, legally-binding EU instrument providing a framework to prevent and eradicate VAWG. The Council of Europe Convention on Preventing and Combating Violence against Women and Domestic Violence (Istanbul Convention) is one potential tool for contributing to the prevention of FGM. It requires states parties to respond to VAWG by allowing relevant authorities to rigorously prevent, investigate and punish acts of violence whilst providing protection to women and girls at risk.

In short, it imposes a duty on signatory states to prevent FGM by adopting a comprehensive and cross-cutting approach.
However, not all EU national governments have acceded to the Convention, nor has the European Union. This must now be addressed directly by the European Commission.

In the UK, action must be taken to ensure survivors are given access to justice. Shockingly, there have been just two prosecutions since FGM was criminalised in 1985, and no convictions. In comparison, France has seen more than 100 prosecutions. The key task now is identifying and removing obstacles to the prosecution of FGM whilst ensuring the approach taken is sensitive to the needs of children and vulnerable women. FGM in Europe is often associated with migrant and refugee communities and cultural sensitivity is central to any effective strategy.

Shadow home secretary Yvette Cooper has announced that Labour would introduce protection orders, preventing at-risk girls from being taken abroad. We must of course ensure professionals in contact with girls at risk of, or who are living with, FGM, are properly trained and informed. This is certainly a step in the right direction.

However, it is only through working with and supporting community leaders that we can mobilise those women and girls directly affected by FGM and empower them as agents of change. The continued existence of this practice is dependent upon notions of the inferiority of women and attempts to control women's bodies and sexuality. Attitudes are indeed slowly changing, as more women speak out within their own communities.

As the anti-FGM campaigner Jaha Dukureh, recently put it:

"My daughter will never be cut. It stops with me."

To enable such a transformation in attitudes and customs, we need to advocate for the implementation of EU-wide standards and the collecting and sharing of best practices across other European countries. FGM is a cross-border issue that demonstrates the need for a co-ordinated, multi-agency strategy which will only be achieved through working closely with our partners in Europe.

This week we will rightly condemn FGM but practical solutions must also be sought.  Gender equality is a core value of the EU, yet the prevalence of FGM and other forms of violence against women and girls reminds us it is far from being a reality.

To show your commitment to action, tweet using the hashtag #endfgm

We rightly condemn FGM but practical solutions must be sought