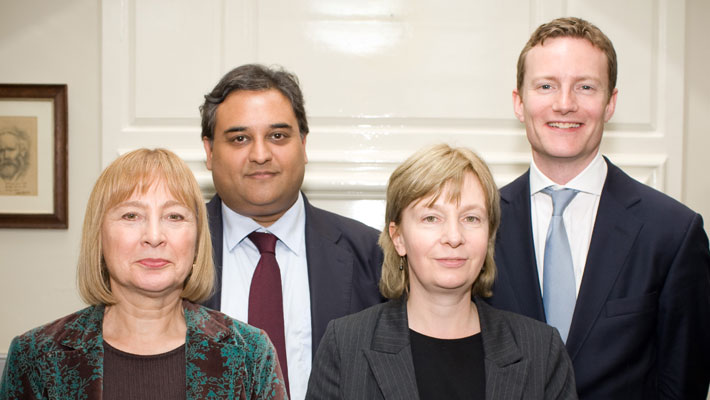 Claude Moraes, Mary Honeyball, Lucy Anderson and Seb Dance have all been elected as MEPs for London.

"I was delighted to lead the London Labour list in the 2014 European Election and to be elected as one of a team of four MEPs achieveing the best European Election result for the Capital for Labour since the PR system began.

"In the election we were proud to campaign on the benefits Labour MEPs can bring to ‎London through our work in the European Parliament and how our work is relevant to peoples' lives when they are often dealing with austerity.

"I was London's first ethnic minority MEP when first elected in 1999 and was proud to lead a team from different backgrounds in 2014. London is diverse, but One Community. I'm proud to be elected for the fourth time to represent our Capital City."

Since becoming an MEP she has taken a special interest in women’s issues, and acts as the Labour spokesperson for women’s rights and gender equality. In addition, she has been a member of the culture and education committee since 2009.

"I am delighted and honoured to be chosen by Londoners as part of our Labour team for the capital.As an MEP, I will fight to protect and improve rights at work, tackle air pollution and climate change, and ‎secure sustainable jobs and investment for London.

"Only Labour will act to challenge racism and inequality, and address the widening and unfair w‎ealth and opportunities gaps we currently face in the UK."

"I am delighted and proud to be elected as part of a team of four Labour MEPs in London. I am looking forward to working on behalf of all Londoners in the European Parliament."