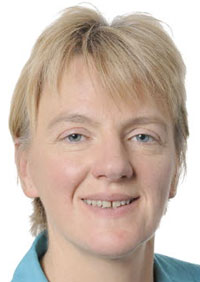 Linda is chair of the European Parliament development committee and a member of the fisheries committee. Linda was first elected as an MEP in a 1998 by-election to represent the Yorkshire South seat for Labour. Under the new proportional representation system she headed Labour’s regional list for Yorkshire & the Humber and was elected in 1999, 2004, 2009 and 2014.

Linda was previously spokesperson for the S&D Group on the European Parliament’s Committee on the Environment, Public Health and Food Safety. She has a special interest in climate change and leads for the Group on issues relating to the Emissions Trading Scheme (ETS). Linda was recently the Parliament's lead MEP or rapporteur on pharmcovigilance (drug safety) in 2012 and on the controversial Tobacco Products Directive (TPD) in 2014. She has a passion for promoting Fair Trade and is the founder and chair of the European Parliament Fair Trade Working Group. Maternal health in developing countries is another key interest.

Prior to her election, Linda worked in Brussels from 1984-1991, before returning to work in the UK as a regional policy specialist for the Coalfield Communities Campaign and Barnsley council where she worked to attract funding to the UK's coalmining regions. Born and brought up in Bradford, Linda now lives in Sheffield with her husband Paul Blomfield, MP for Sheffield Central.