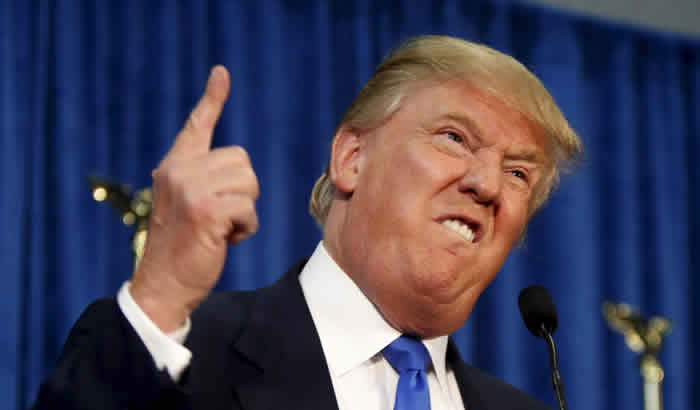 The Leave campaign? It's the Trumpisation of politics, where prejudice is patriotism and knowledge is dangerous, writes Glenis Willmott MEP, Leader of Labour's MEPs.

Was it the Treasury analysis? The Bank of England Governor's warning? Or is it the ex-US Treasury Secretaries' warning against Brexit or President Obama's backing for Remain?

We've also had the farmers' and midwives' unions come out for remain; a House of Lords report on how our scientists benefit from EU membership; a Commons report concluding it's good for our environment; the Statistics Authority tearing Vote Leave's figures to shreds; and their campaign director imploding when grilled by MPs.

If Britain votes to remain in the European Union - and it remains an if, don't let anyone complacently tell you otherwise - historians will look back at last week, look at the reactions of the outers to the avalanche of evidence unleashed for staying in, and conclude that was the week Vote Leave and their Eurosceptic fellow-travellers finally lost the plot.

It's the same old story, the same stock responses to every report showing we're better off in, every national or international body pointing out the perils of Brexit, every domestic or global figure backing remain - in the eyes of the outers they are all either corrupt or disingenuous or in the pocket of the EU, unpatriotic, unprincipled and "doing Britain down", part of a CIA/Goldmans/Davos/Juncker-orchestrated conspiracy to weaken us and control our lives.

President Obama, for example, is "no friend of Britain" and, according to the crazier Brexitrolls, isn't even American anyway. People and organisations speaking up for the EU are attacked for past views they didn't even hold - like the claims the Treasury previously backed joining the euro - or, while in one breath attacking someone for never changing their views, in the next berating them for switching from No in '75 to Remain in 2016.

To every intervention, the response from the outers has been personal attacks and abuse, and the impugning of people's motives, not well-argued, fact-based rebuttal. Economists saying our GDP will shrink? Liars! Experts, who use real data, questioning their own figures? Well, they're 'experts' and as such are untrustworthy anyway! Major figures in business and politics? They're the establishment (unlike Boris, Farage or co, of course!).

It's the Trumpisation of politics, where prejudice is patriotism, knowledge is dangerous, academics, scientists and economists are 'experts' talking down to the public, facts are fiction and fiction is fact. Over the next nine weeks, expect to see more of this; to each and every remain action, there is an equal and opposite leave denunciation, devoid of evidence and rich in rage.

Meanwhile, right up until polling day, we will continue arguing the facts, pointing out how working people are better off inside the EU than out - through the millions of jobs dependent on our membership and the employment rights they enjoy - how we have stronger consumer rights, and how the best way we can tackle the challenges of climate change, terrorism and tax avoidance is by working with our partners to find common solutions.

The attacks will intensify, the mud slung will thicken, but the facts will still remain the facts. And as the evidence continues to mount in our favour, and the leave campaign looks ever-more incompetent, we cannot be complacent - we must and will keep on fighting, all the way up until June 23rd.

This blog originally appeared on the New Statesman.