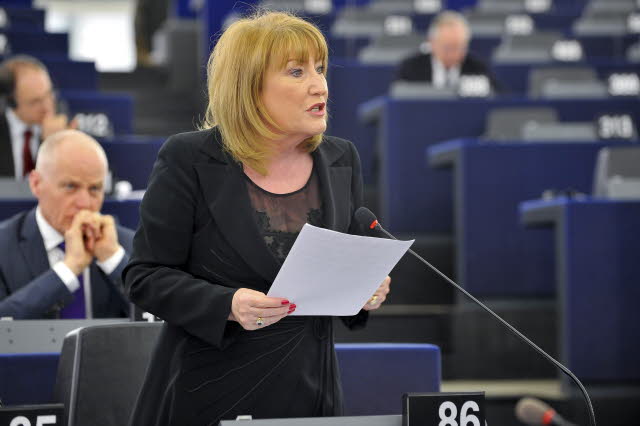 The policies include plans to bring back smoking in public places and opposition to plain packaging of tobacco products - which the UK government just last week pledged to introduce - and amending the smoking ban to allow for ventilated smoking rooms.

"It is estimated smoking causes 100,000 deaths in the UK every year and costs the NHS an estimated £2 billion a year. With these startling figures in mind it is shocking that UKIP have announced plans to bring back smoking in public places.

"The Labour Party, both in the UK and in the EU, have worked tirelessly to bring about legislation to try to prevent thousands of deaths every year. Nearly one in two of all smokers will die from a smoking related illness and smoking remains the leading cause of preventable death in the UK.

"UKIP claims to support the NHS, however allowing smoking in public places would not only put people's health at risk, but could also cost the NHS even more money and resources. It demonstrates a shocking disregard for the health of the British public.

"Workers in the UK have the right not to be forced to breathe second hand smoke. UKIP have shown a complete lack of respect for the rights of the UK workforce as well as their wellbeing.

"The real victims of second hand smoke are children. A study found children's exposure levels declined by nearly 70 per cent by 2007, the year the smoking ban came into place, with the biggest drop coinciding with the national mass media campaign.

"This demonstrates the importance of clear health information as well as practical protective measures to protect children from harmful exposure."

"These tobacco policies and the rest of this 'mini manifesto' highlights once again just how bizarre, dangerous and delusional UKIP are. Policies like abolishing the Department for Energy and Climate Change, repealing the Climate Change Act 2008, and ending green levies.

"Nigel Farage likes to come across as a man of the people, when in reality he's doing the bidding of the tobacco companies, regardless of the impact on people's health."