Srebrenica: "It shames the world that it failed to protect innocent civilians... Lessons of the past must be learnt" 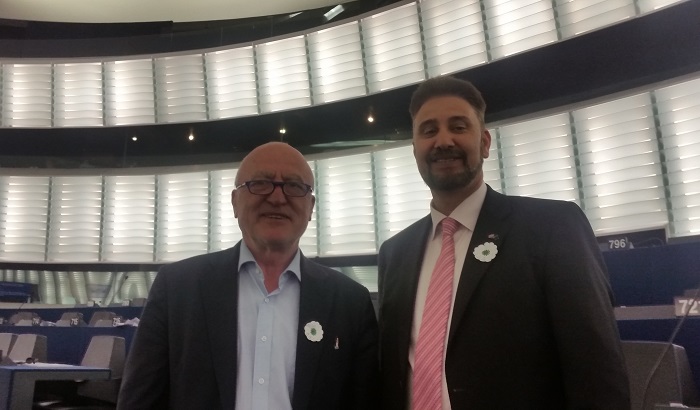 MEPs have been commemorating the 20th anniversary of the Srebrenica genocide this week.

On 11 July 1995, the Bosnian town of Srebrenica, which was declared a Protected Zone by the UN, was captured by Bosnian Serb forces. In the days that followed more than 8,000 innocent men and boys were murdered in a brazen act that shocked the world.

"This week we honour the memory of the victims and pay tribute to the fortitude of their families in seeking justice.

"It shames the world that it failed to protect innocent civilians.

"It is disappointing that the UN failed to pass a resolution commemorating Srebrenica, especially because the International Court of Justice, the UN´s main judicial organ, has confirmed that the crimes committed were genocide.

"Lessons of the past must be learnt. We renew our determination never to let forces of prejudice, hatred and evil go unchecked."

Looking ahead, Mr Khan, who will be going to Srebrenica this weekend to honour the victims and their families, added:

"While we commemorate the past, we keep our eyes firmly on the future of Bosnia. Reconciliation remains a fundamental objective. This path leads through justice and truth.

"Our duty is to strengthen our efforts to promote education, remembrance and research about Srebrenica and other genocides.

"Future generations must understand the causes of such massacres and build societies based on trust, inclusivity and celebration of diversity.

"We remain fully committed to Bosnia and Herzegovina being part of the EU, together with other Western Balkan nations. The European path is the best way to move forward beyond the tragedies of the past.

"We urge the leaders of Bosnia to work together to make the country a safe and prosperous place. For this will be the lasting tribute to Srebrenica's victims.

"Our hearts and thoughts will always be with them."