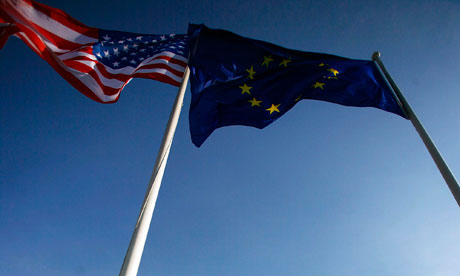 MEPs responsible for international trade voted today for a full exclusion of public services and the rejection of private tribunals in the Transatlantic Trade and Investment Partnership (TTIP), the proposed EU-US trade deal.

"Labour MEPs have been lobbying TTIP negotiators and MEPs from all over Europe to ensure UK citizens' concerns are heard and heeded.

"Our efforts are starting to pay off. The support we gathered across the Parliament for a full protection of public services and the rejection of private tribunals are creating conditions that will be impossible to ignore for the Commission."

"Today we have sent a clear message that Investor-State Dispute Settlement (ISDS) is not needed in TTIP; the ratification of International Labour Organization (ILO) standards is important; and the full exclusion of public services is paramount.

"We are making it clear to the Commission that setting high and binding standards and bringing an end to secret investor tribunals are essential elements of any EU-US trade agreement. Labour MEPs are unequivocal on these issues and will continue to press for a progressive trade deal with strong social protections.

"This is within reach if the European Commission is prepared to take our concerns seriously."

The report will now be submitted to a vote of all MEPs on June 10. Once adopted, it will be officially sent to the European Commission, which conducts the negotiations on behalf of the EU and is accountable to the European Parliament. Negotiations for TTIP started in 2013 and are not expected to be concluded before 2017.