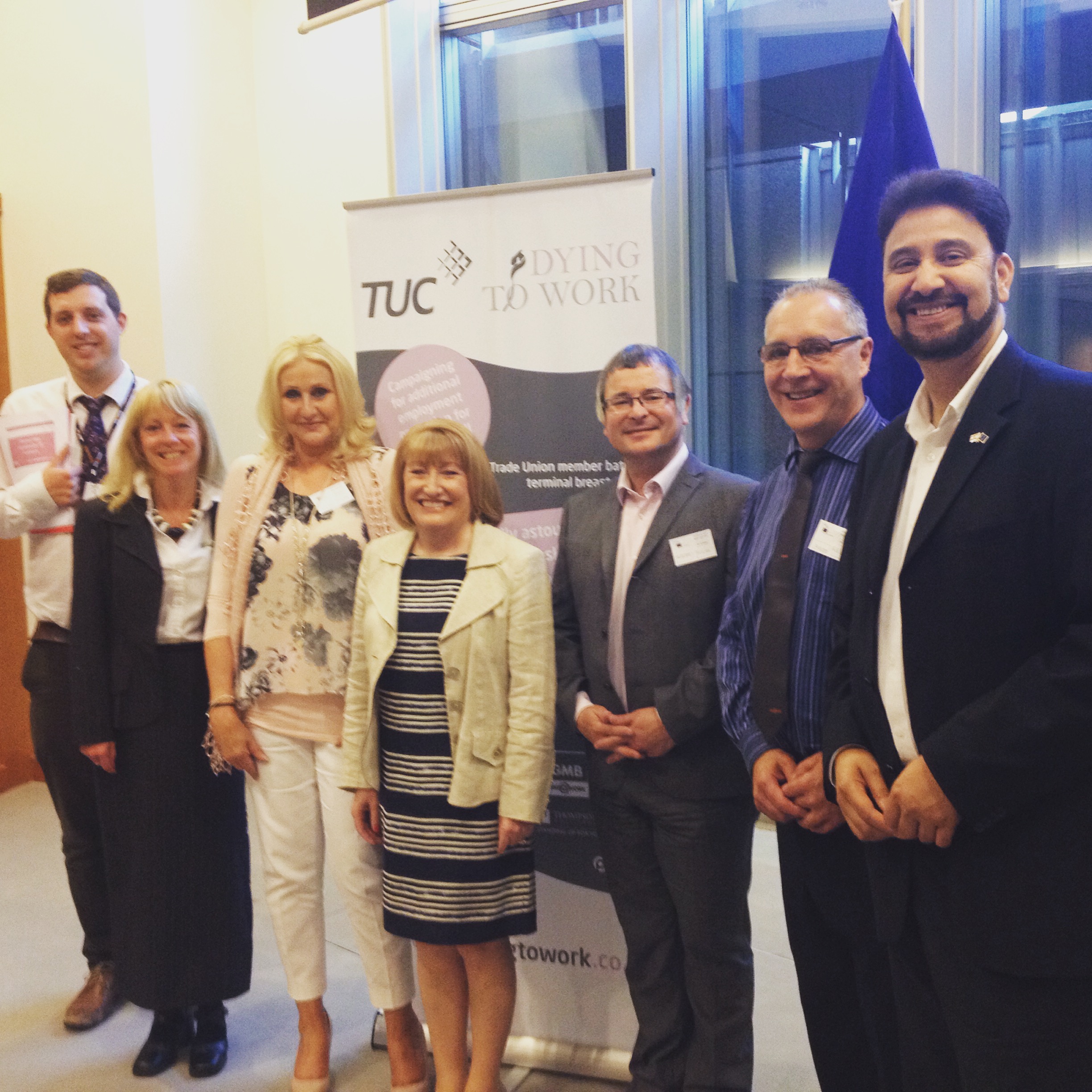 The campaign - Dying to Work - was started by the GMB after one of their members contacted them when her employer tried to dismiss her following a terminal cancer diagnosis.  Glenis Willmott helped launch the campaign in the European Parliament on Thursday with a meeting bringing together MEPs, trade unions and NGOs from across Europe.

The campaign is calling for terminal illness to be recognised as a ‘protected characteristic’ so that an employee with a terminal illness could not be dismissed as a result of their condition.

“It might seem surprising that someone with a terminal illness would want to work, but many people don’t have a choice, they still have to provide for their families and pay the bills.

“It’s also about having the stimulation and dignity of being able to continue doing a job they enjoy.  Everyone should be able to choose to continue working if that’s what they want to do.

“Most people are passionate about their jobs and want what’s best for the organisation and their colleagues; it’s not at all unreasonable to expect employers to show their staff the same respect.”

Although there is some protection for terminally ill employees, someone with a terminal illness can still be dismissed from their job if they fail a capability assessment with ‘reasonable adjustments’.  A survey commissioned by the GMB found that 65% of people would support changing the law to protect terminally ill workers.

"Sadly it's not at all unusual for terminally ill workers to be dismissed by their employers and Macmillan Cancer Support tell us they are dealing with these cases on a daily basis.

“Legal protection would give everyone the choice about how to spend their final months and the peace of mind of knowing their job was protected and the future financial security of their family guaranteed.”

“I’m delighted we’ve been able to launch this campaign in the European Parliament.  So many of our rights at work come from EU legislation and I am committed to working with my colleagues to get those rights extended and ensure that anyone with a terminal illness can have the dignity and choice of dying in work.”