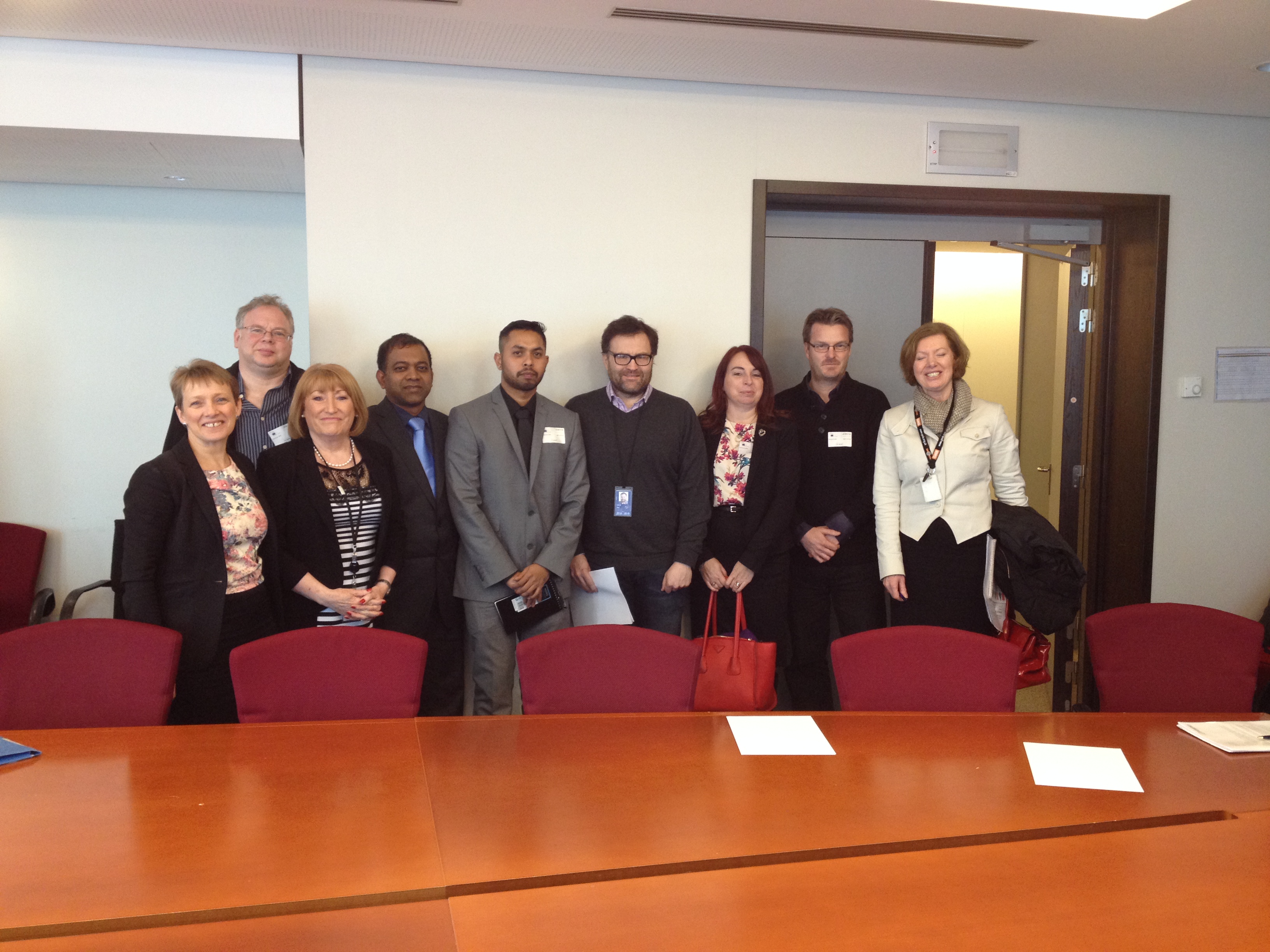 Glenis Willmott, Siôn Simon and Clare Moody met with agency workers from Swindon, the GMB trade union and representatives from the European Commission to raise issues relating to the Agency Workers Regulation and in particular the so-called 'Swedish' derogation, which allows agencies to opt out of equal pay if the individual is permanently employed by the agency.

The TUC raised a complaint with the European Commission over a year ago - however the Commission admitted this week they had not yet reached a final decision.

"The Agency Workers Regulation was intended to protect agency workers from exploitation and ensure they are treated the same as permanent workers.

"However, unscrupulous employers are using loopholes in the law to avoid treating agency staff equally.

"I was appalled by what I heard. The workers reported pregnant women turning up for work at 6am and being turned away, while others said they had been subjected to racial abuse and intimidation."

The agency workers are employed by a recruitment agency called Tempay Ltd, who complete work on behalf of Marks and Spencer. The agency staff are contracted to only a seven hours per week contract, even though they can be expected to complete a 37-hour rota. If they are not available for every day of the rota they can be disciplined for absenteeism.

The agency staff are not entitled to the same pay as their permanent counterparts, who, for example, receive double the hourly rate on a Sunday. It is a common occurrence for employees to be turned away from their work on a regular basis and not provided with travel costs. This means some individuals have ended up out of pocket by the end of the week.

"Supposed agency workers are having their wages depressed and their rights and dignity abused. Companies such as Marks and Spencer should be ashamed of this use of modern slavery."

The GMB have accused Tempay Ltd of using the Swedish derogation in the Agency Workers Regulation as a way to pay a huge amount of staff a lower wage than their permanent colleagues. Some of the employees have worked in the same role on the site for eight years and are still not in a position to be able to take out a loan, ask for a mortgage or even book a holiday due to the precarious nature of their work.

"I have been working closely with the GMB on this issue in my constituency and have met with various agency employees from Tempay Ltd. What these workers have been going through is completely unacceptable.

"There is already a complaint regarding the UK not giving employees the rights they should have through European law. The Commission must make sure that UK workers get the same rights that other EU workers get through this legislation."