Labour MEPs: Making a positive impact over the past five years 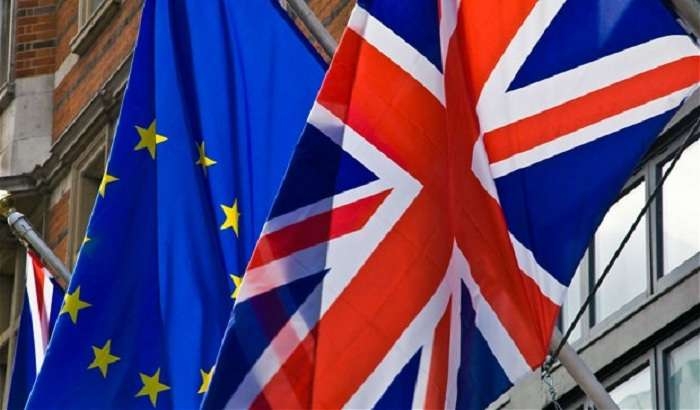 As the current session of the European Parliament comes to an end, we look back on the positive impact Labour MEPs have made over the past five years – working on, pushing for and backing EU action on a range of areas that have and will continue to improve people’s lives in Britain and beyond...

From protecting and enhancing workers’ rights to tackling pollution and fighting climate change, from taking action against tax avoidance to raising consumer protection standards and bringing down costs for businesses and holidaymakers, from greater security cooperation to life-saving safety standards, Labour MEPs have worked to ensure we benefit fully from our membership of the European Union.

Here are some of the key measures in the major policy areas that Labour MEPs and our colleagues in the Socialists and Democrats Group have led and worked on over the past five years, and will continue to work for over the next five years:

Workers’ rights: Labour MEPs have long been pushing for changes to the posted workers directive, resulting in new laws which end the exploitation of migrant workers and the undercutting of local wages, enshrining the principle of equal pay for equal work. Labour MEPs also backed new laws protecting workers from exposure to cancerous carcinogens and other deadly substances, and Labour MEPs also support the new copyright directive that will ensure fair remuneration for workers in the creative industries, and new laws to strengthen workers’ rights in the aviation sector with enhanced powers for the European Aviation Safety Agency.

Labour MEPs have also been pressing for action to ban exploitative zero-hours contracts and bogus self-employment throughout the EU, under the aegis of the newly established European Labour Authority, a body that will end labour exploitation, tackle undeclared work and ensure fair mobility of workers. Labour MEPs also support the new work-life balance directive, which will strengthen the entitlement to parental leave, and for the first time brings in a right to paid carers’ leave.

Labour MEPs have also pushed for the full implementation in the UK of EU regulations on fire safety, including standards for the smoke toxicity of construction products and testing of façades, and for the sharing of data and best practice. Labour MEPs also backed new EU laws on the energy performance of buildings that will bring in higher standards for the construction and refurbishment of buildings that pay greater attention to fire safety.

Consumer protection: Labour MEPs backed the package travel directive that will strengthen the rights of millions of holidaymakers - people who book package deals, or book flights and hotels separately but via a linked process, will now be entitled to clear information on price; refund and repatriation in case of bankruptcy; total liability for the operator; the right to cancellation; accommodation in case of a delayed return; and help if consular or medical assistance is required. Labour MEPs also backed new measures to better enforce and strengthen consumer protection rules for online transactions, covering advertising, reselling of tickets, price transparency, product quality and unfair practices.

Labour MEPs have also led on new EU measures to strengthen rail passenger rights that seek to ensure passengers on suburban and regional services – as well as those travelling internationally or inter-city – are entitled to compensation for serious delays or cancellations, and that passengers who miss connections are transferred to the next available service, even if they booked the tickets separately and with different operators. Labour MEPs have also led calls for binding EU laws that will increase accessibility for disabled people to transport and other services and outlaw discrimination in access to goods and services, including digital services.

Cutting costs: Labour MEPs worked on and fully backed the abolition of mobile phone roaming charges throughout the European Union, which mean that holidaymakers, business travellers, and those studying and working abroad no longer face rip-off phone bills for calls, texts and data services. Labour MEPs also backed new rules for the digital single market that have ended geoblocking, enabling people to access their digital content anywhere in the EU while travelling abroad, from iPlayer to Netflix to Spotify.

Labour MEPs also pushed for and backed the ban on credit and debit card fees on transactions throughout the EU, which will save businesses and consumers millions of pounds. Labour MEPs also back new EU proposals to increase transparency and reduce cross-border charges, which will lower costs for British companies trading with eurozone economies – some countries charge as much as £20 a time – and will ensure holidaymakers will know at once how much they are paying when using their credit card abroad.

Environment and climate change: Labour MEPs backed the EU’s 90 per cent recycling target for plastic bottles by 2025, and bans on plastic straws and drink stirrers, measures that will slash the use of single-use plastics in the EU. There are targets for reducing consumption of single-use plastics, restrictions on marketing of products, product design, deposit-refund schemes and awareness-raising measures. Labour MEPs also backed targets for a 40 per cent cut in car and van emissions of CO2 by 2030, which as well as fighting climate change, will result in nearly 100,000 extra jobs as industries transition to a low-carbon, low-emissions future.

Labour MEPs also worked on and backed new EU vehicle standards that will also ensure there is no repeat of the dieselgate scandal, with enhanced market surveillance, more transparency, higher penalties and fines – up to £26,000 per car – more rigorous emissions tests and greater redress for consumers. Labour MEPs also backed new EU targets on energy efficiency and renewables, with a net-zero emissions target by 2050 and a 32 per cent renewable energy target by 2030.

Fighting tax avoidance: Labour MEPs back the new EU anti-tax avoidance directive, and have been pressing for further action, proposing and backing ambitious measures including greater tax transparency, cracking down on loopholes and an end to tax havens – there is an estimated £5.3 trillion held in tax havens worldwide – as well as stopping countries vetoing tough legislation, stronger sanctions, blacklists of tax havens, an end to ‘sweetheart’ deals, where companies get favourable treatment from governments, and a ban on letterbox companies, where a company is based in a low-tax regime but operates elsewhere. Meanwhile on tax evasion – which costs EU countries more than £700 billion a year – Labour MEPs backed proposals including a European financial police force; an EU anti-money laundering watchdog; a UN global tax body; mandatory ‘tax good governance’ clauses in new agreements with third countries; and the phasing out of ‘golden visas’.

Labour MEPs also worked on and backed the EU’s new PNR (Passenger Name Record) and data protection regulations, which will assist police and intelligence agencies in monitoring and tracking down possible terrorists and criminals across borders, while maintaining safeguards on personal data and fundamental rights.

All the measures that have been outlined above, and the many other workplace, consumer, environmental, economic and security measures we have benefited from over the past five years, indeed the past forty-six years, will be at risk if we leave the EU. And that is why Labour MEPs back a confirmatory referendum on any deal, and why we must and will continue to work to improve the lives of our constituents throughout the UK over the next five years.

While other pro-EU parties, new and old, may shout shriller, as the aforementioned examples show it is Labour and only Labour that has a record of delivery at the European Parliament, a record our party, country and continent can be proud of.