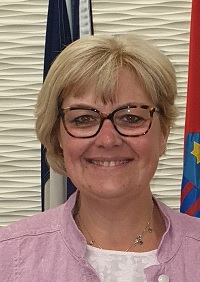 Jackie Jones is a member of the legal affairs, women's rights and gender equality, and transport and tourism committees. In May 2019 she was elected as one of four MEPs representing Wales.

Jackie was Professor of Feminist Legal Studies at University of the West of England, Bristol until December 2018. From the late 90s she researched and wrote about human rights and equalities, especially women’s rights, later focusing on violence against women and girls.

She has written several pieces about human trafficking and helped progress laws in Wales since 2007. Jackie is co-author with Professor John Winterdyk of Palgrave International Handbook on Human Trafficking (2019) and with Professor Rashida Manjoo The Legal protection of Women from Violence (2018).

She is on the editorial board of Law, Crime and History, International Journal of Gender Sexuality and Law, and Journal of Trafficking, Organized Crime and Security. She was also a women’s rights activist, attending and presenting at the United Nations Commission on the Status of Women for many year bringing students to present and gain experience.

Jackie was the president of the European Women Lawyers Association and a visiting scholar at universities in Germany, the USA and France. She has given evidence in Westminster and Wales to government and has often been invited as expert to UK government, European Commission and European Institute for Gender Equality meetings regarding equality and ending violence against women and girls.