Labour MEPs pledge on international day to end impunity for crimes against journalists: “We will make EU a champion for free media in the world” 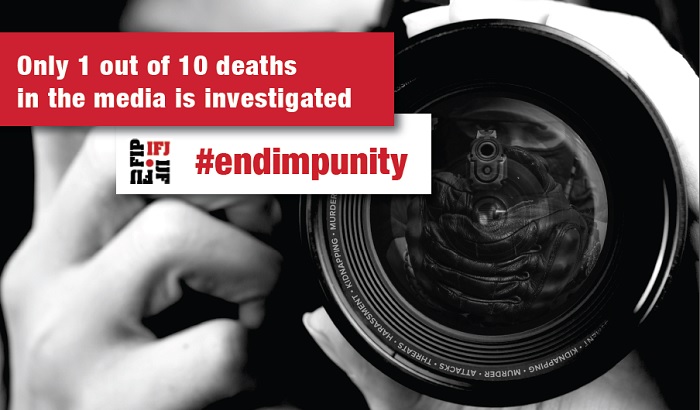 Labour MEPs today called for pressure to be exerted on countries where there is impunity for crimes against journalists, and pledged to work to make the European Union a more effective champion for free media in the world.

Today, November 2, is the UN day against impunity for crimes targeting journalists, and Labour MEPs are giving their backing to the campaign by Britain's National Union of Journalists (NUJ) to end immunity for the attacks. The campaign runs until November 23.

November 2 is the anniversary of the killings of two RFI reporters, Ghislaine Dupont and Claude Verlon, murdered in Kidal, Mali in 2013; on November 23, 2009, 32 journalists died in the Maguindanao massacre in the Philippines - the single deadliest attack on media.

Richard Howitt MEP, Labour’s European Parliament spokesperson on human rights, played a key role in getting EU guidelines on freedom of expression agreed last year, but today says Europe can do more to apply the rules in countries where journalists are under threat.

“Today we remember those journalists killed in the line of duty, massacred in cold blood, tortured, taken hostage, murdered for the crime of reporting the truth - and for whom there has been no justice.

“In the Philippines, not a single person has been convicted for their involvement since the 2009 massacre; and in Ukraine, since 2014, there have been eight killings and 322 assaults of journalists - only three cases even came to trial.

“In each of these cases the European Union is using diplomacy, development and trade assistance to assist the countries involved, and has to do better to ensure its influence is used to protect free journalism where it is under attack.

“The European Parliament has a long track record of putting human rights at the heart of the EU’s foreign policy and our call today only challenges the European Union to meet guidelines which have already been agreed.

“We must and will continue to stand up for our beliefs - and we must fight to ensure reporters can go about their business without fear of being blown up, beheaded, hacked to death or held hostage. We must fight to end impunity for crimes against journalists.”