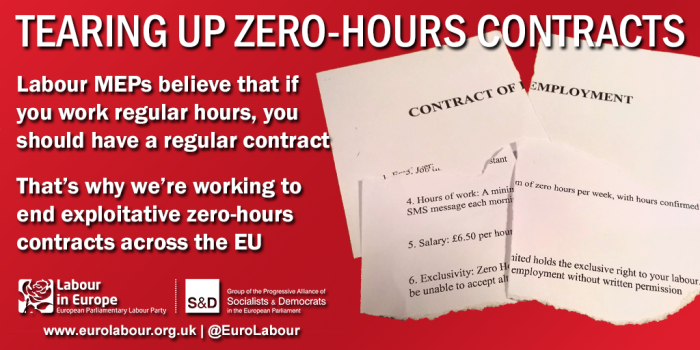 In recent months, Labour MEPs have pressured the European Commission and national governments to outline what progress they have made in tackling insecure work, what new measures and policies they are bringing forward to build on this progress, and how they can ensure that wider efforts to tackle youth unemployment do not simply push more people into low-paid, insecure jobs.

Glenis Willmott MEP, Labour's leader in Europe, says: "Zero-hour contracts prevent people from having any form of financial security. It is completely unfair that some employees don't know how much they will get from week to week."

Siôn Simon MEP, member of the European Parliament employment and social affairs committee, added: "Labour MEPs believe that if you work regular hours, you should have a regular contract, and that is why we are working to end exploitative zero-hours contracts across the EU."