Tory MEPs vote against academic freedom for all in EU, once more backing Hungarian hardliner Orbán 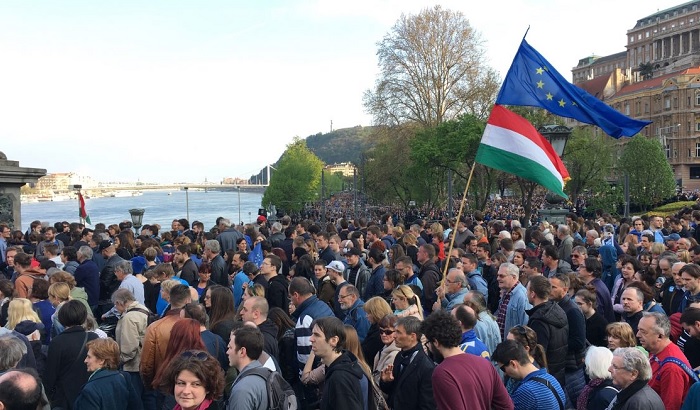 Tory MEPs have once again voted in support of Hungarian hardliner Viktor Orbán, opposing Labour amendments calling for the EU to act to ensure academic freedom in Hungary.

Wajid Khan MEP, author of the European Parliament report on academic freedom in the EU’s external action, which was passed today, said:

“At this point, I am no longer surprised by the Tories’ nefarious actions in the European Parliament. The Hungarian government is being transformed into a tyrannical, Islamophobic, anti-Semitic regime that is persecuting religious minorities, closing media outlets and waging a war against academic freedom - and the Tories seem happy to support them.

“Hungary is in the process of trying to close an academically rigorous, widely respected university, the Central European University - it is despicable that the Tories are not backing us in opposing this grotesque attack on freedom of speech, conscience and thought.

“We are delighted the report passed, in spite of the Tories. The European Parliament is placing academic freedom clearly on the EU’s policy agenda.”

Clare Moody MEP, author of the amendments calling for action in defence of academic freedom in Hungary, added:

“Once again, the Tories have backed Orbán rather than condemn his attacks on academic freedom. Forcing the Central European University to close in Hungary and move to Austria is an outrageous attack on academic freedom and free speech inside Europe.

“These attacks on our shared values should be opposed and not supported as the Tories are doing yet again. It is deeply worrying for the future that the Tories are choosing to ignore the lessons of history.”