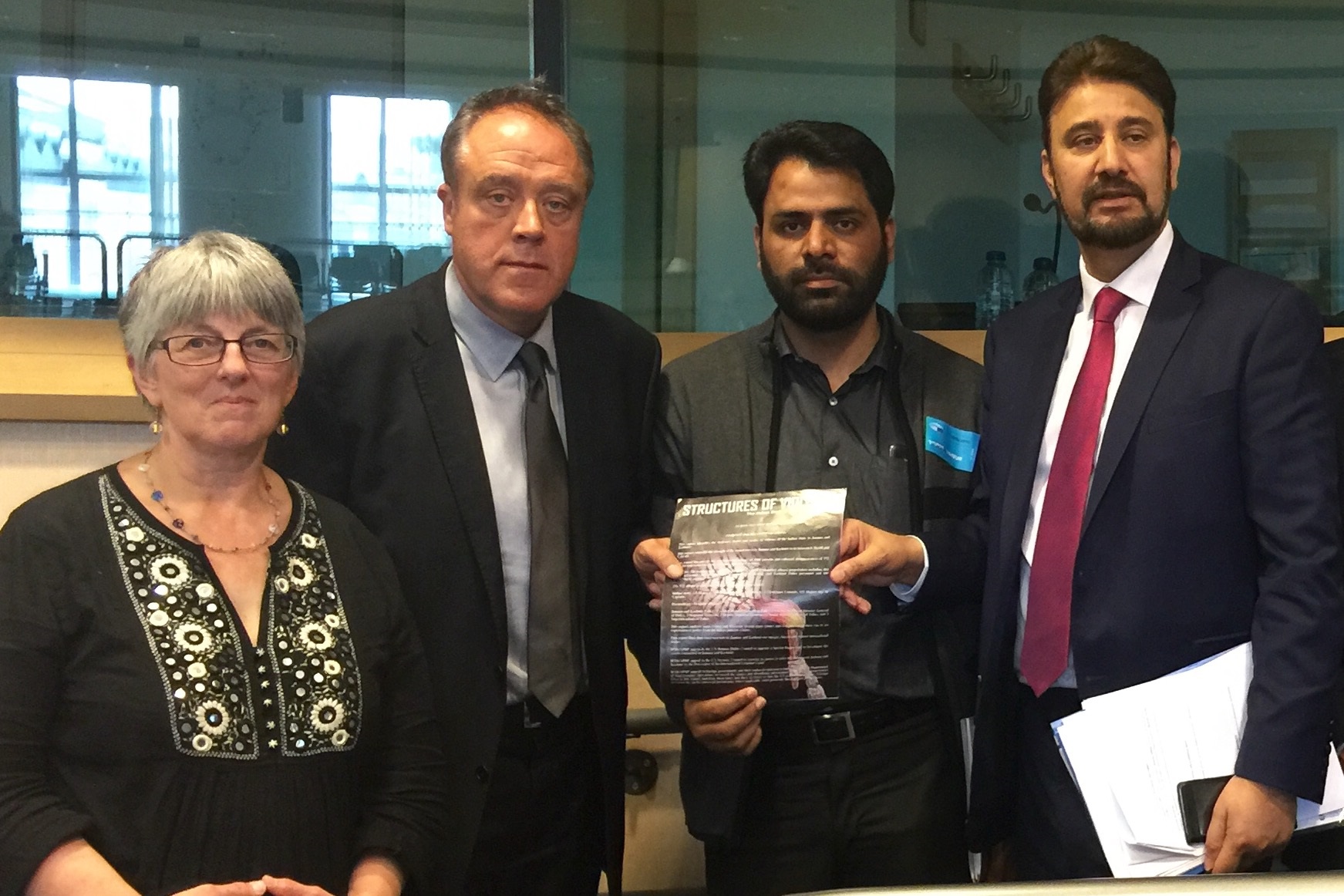 New evidence of the extra-judicial killing of more than a thousand people in Kashmir released at the European Parliament in Brussels today must lead to prosecutions, Labour MEPs have said.

The launch of the report, “Structures of Violence", written by Jammu Kashmir Coalition for Civil Society to coincide with a similar event at the United Nations in Geneva, was chaired by Labour MEPs Afzal Khan - founder of parliament's Kashmir all-party group, Richard Howitt - Labour's European spokesperson on foreign affairs, and Julie Ward, both members of the all-party group.

The new report researched on a case-by-case basis, the extra-judicial killing of 1,080 persons; the enforced disappearance of 172 persons; and numerous cases of torture and sexual violence.

Labour MEPs pledged to raise the findings in the European Parliament and fight impunity for the abuses.

"Beyond politics and borders, most regrettable is the tragic loss of human life. No political goal, no religious or ethnic difference can justify the killings of innocents. Our global ethics - our morality - is against it.

"We must hold all perpetrators of crimes accountable. Impunity is not an option.

"Democracy must have a chance in Kashmir. The people of Pakistan and India are enjoying democracy. The people of Kashmir should be given the same right.

"At this year's Kashmir-EU week, we reaffirm our dedication to work hard so that Kashmir remains an EU policy priority, and its people be given a chance to build avenues for a peaceful and prosperous future."

"In the political disagreements which there are about Kashmir, it is important never to lose a human rights perspective, in which our obligation is to identify and act against violations, whoever the perpetrator might be.

"We want to engage in constructive diplomacy with India as well as Pakistan, and should continue to support confidence-building measures and welcome the resumption of ceasefire at the Line of Control.

"But as Amnesty International has found, 96 per cent impunity for violations in Kashmir and a state human rights body which they call 'moribund', the continuing failure to prosecute abuses justifies international action for justice for victims, up to and including a reference to the International Criminal Court.

"We called for this in the European Parliament in relation to the evidence of mass graves in Kashmir which came forward in 2009, and Labour MEPs will spearhead efforts to do so with this new evidence now.

"We should also acknowledge that Kashmiri civil society isn't just here with us in Brussels this week, but at the UN Human Rights Council in Geneva too, and we should be ready to support renewed efforts from Kashmiri activists to engage the UN in new efforts to find a lasting solution to the conflict."