We're still some distance from a lasting deal over Greece 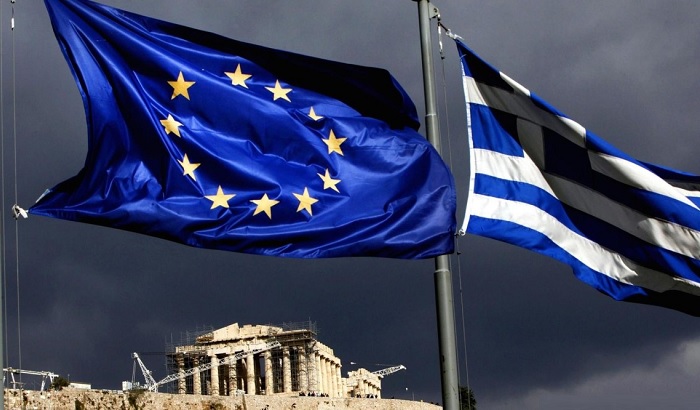 It's good news that a deal has been reached between Greece and its creditors. But the details of this deal are not good, writes Glenis Willmott MEP.

Whatever some people might have been telling you, it's a good thing that a deal was done between Greece and its creditors earlier this week, but that doesn't mean it is a good deal.

Greece clings on, having been taken to the brink by both the country's international creditors and its government, whose decision to hold a referendum on and subsequent rejection of a previous (better) deal triggered two weeks of turmoil that left the country staring into the abyss.

The accelerated austerity policies demanded by the creditors will not only lead to more short-term misery, but in the long-run may end up being self-defeating - just as previous deals have been.

There's no point the Troika issuing a set of unrealistic demands, failing to learn the lessons of recent eurozone history. Such demands risk leaving Greece marooned amidst the circles of Hell, stuck in a nightmare of contraction, recession, bailout, contraction, recession, bailout, every few years, pulled one way by the creditors, the other by market and social reality, leading to the point at which default and departure seem preferable.

These demands, from predominantly right-wing EU leaders (and the World Bank and IMF), are but the latest manifestation of the post-crash failure of Europe’s centre-left. We have right-wing EU prime ministers, right-wing eurozone finance ministers, and hawkish global institutions calling the shots, while social democrat leaders like Francois Hollande find their voices drowned out by the likes of Angela Merkel and Wolfgang Schäuble.

That said, if Greece is to avoid perpetual bailout, the sword of Grexit forever hanging over its head, the government of Alexis Tsipras must take the lead and embrace reform, modernising the economy and changing the way it does business, something governments of left and right have failed to do.

As well as difficult reforms, the EU must offer the quid pro quo of positive Europe-wide action to help Greece, most obviously that means taking a realistic look at the prospects of repayment of Greece's debts. But there are other steps, such as tackling tax avoidance. In addition to strong domestic action on tax avoidance by the Greek government, EU action on tax dodging will enable them to broaden their tax base by making it easier to pursue tax dodgers across borders, stopping rich Greeks hoarding cash across Europe and evading their responsibilities.

What has gone before has not worked. And it is not just in Greece that prolonged austerity hasn't been working - across Europe a generation of young people are without jobs, without hope, without a future. France: 24 per cent. Slovakia: 26 per cent. Portugal: 33 per cent. Cyprus: 34 per cent. Italy: 42 per cent. Spain: 49 per cent. Greece: 50 per cent. Youth unemployment figures that should shame the right-wing austerians.

A less favourable deal - with even higher tax rises and deeper spending cuts - a loss of trust between Greece and the EU, and a prolonged period of pain: banks shut; capital controls; businesses going bust; 25 per cent unemployment; 50 per cent youth unemployment; a debt-to-GDP ratio of 180 per cent; an economy losing one per cent of GDP a week... this is the result of the creditors’ belligerence and Tsipras’s brinkmanship, and it’s wreaking a devastating toll.

And as always, it’s the ordinary people who suffer most. People out of work. People not being paid. People queuing for food, people queuing for money. Greece's downward spiral has been devastating to watch, and until a workable solution is implemented, they will continue to suffer.

This blog originally appeared in the New Statesman.