Labour MEPs: Unless EU learns from past failures, Greece will continue to lurch from crisis to crisis 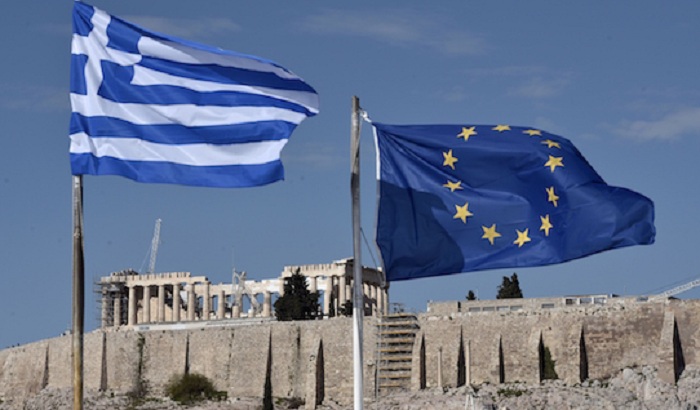 Labour MEPs today called on the European Commission to learn the lessons of three years of failed solutions to the Greek crisis, lest the country continue its downward spiral.

"We have been discussing the Greek crisis for more than three years. All possible solutions have been tried and failed. One stringent austerity programme has been replaced by another. Even the IMF says the austerity programmes have not delivered the results they hoped for.

"We must acknowledge Greek debt is unsustainably high. How does it make sense to lend them money to allow them to repay the debt? It would make more sense to freeze, to let the country try to reform and to let the government take the responsibility to create growth.

"I share the view of those who say we have to work on the Greek debt. There is no alternative. We all know the debt is unsustainably high - 180 per cent of the GDP. It does not make sense to lend them money to allow them to reimburse this debt.

"We should have taken the opportunity to work out how we can avoid this recurring again and again. Will we be here again in five months' time? If we do not tackle this problem in an appropriate way, we will continue to lurch from crisis to crisis."

On the prospects of a Greek exit, Ms Gill said:

"It is absolutely crucial Greece remains in the EU, not just for Greece but the rest of the EU. We cannot underestimate the possible consequences it will have not just on the eurozone, but the likely impact on the economies of central and east European countries.

"Furthermore, it could have consequences at a geopolitical level in relation to Ukraine, sanctions against Russia, and Nato.

"It is important lessons are learned from the Greek experience and are incorporated into the 'Five Presidents' report on "Completing Europe's Economic and Monetary Union", which as it stands lacks ambition.

"I welcome that we're in a position to have a possible agreement with Greece but I would sincerely question the Commission if they truly believe this is a long term permanent solution and not a temporary quick fix."

"It is clear that previous bailout programmes for Greece have not worked. They imposed unrealistic deadlines for repayment of debt, induced dogmatic cuts that plunged half of all young people into unemployment, and failed to secure the real, lasting reforms that Greece desperately needs.

"But now, at long last, the European Commission has acknowledged the current appalling level of poverty in Greece is not only hurting the Greek people but also the chances for a Greek economic recovery.

"The new programme is a long way away from the kind of 'shock therapy' the Troika imposed at the start of the crisis. It also offers Greece a lifeline to stay in the eurozone - something most Greek people want.

"Nonetheless, it remains to be seen whether it will be accepted by MPs in Greece, and whether the reforms will really offer Greece the breathing space it needs to get back on the path to sustainable growth."