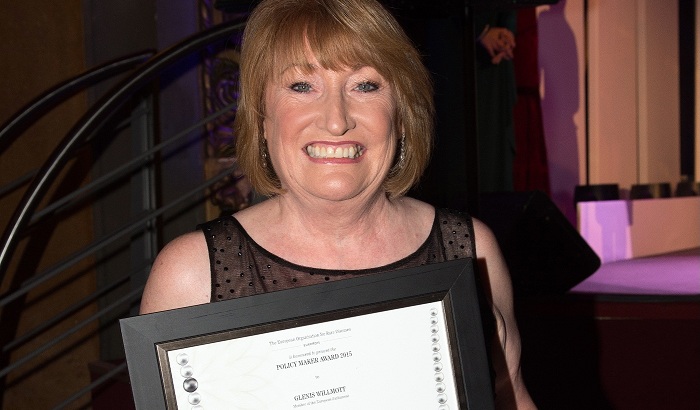 A Labour MEP has won an award for her work to help improve the lives of people with rare diseases in Europe.

Last night, Glenis Willmott MEP, Labour's European spokesperson on health, was presented with the Policy Maker of the Year 2015 Award by the European Organisation for Rare Diseases (EURORDIS) following her work on new European legislation on clinical trials and the EU's Health Programme 2014-20.

"An estimated 30 million people in Europe are living with a rare disease but lack of expertise can often delay diagnosis and therefore prevent people receiving the right treatment.

"The EU's Health Programme has a budget of €449.4 million (£329.2m) and will help people with a rare disease in one country to see a leading expert in another EU country.

"I also led the European Parliament's work on the new Clinical Trials Regulation, which will encourage research into rare diseases by making it easier to carry out cross-border trials.

"This is particularly important for rare diseases as there are often not enough cases in one country to make a trial viable.

"I'm very proud that the work I've done in Europe will help to improve the lives of people living with a rare disease and I'm honoured to be receiving this award from EURORDIS."