Labour MEP: Three years after the horsemeat scandal, consumers are set to finally find out where the meat in processed food comes from 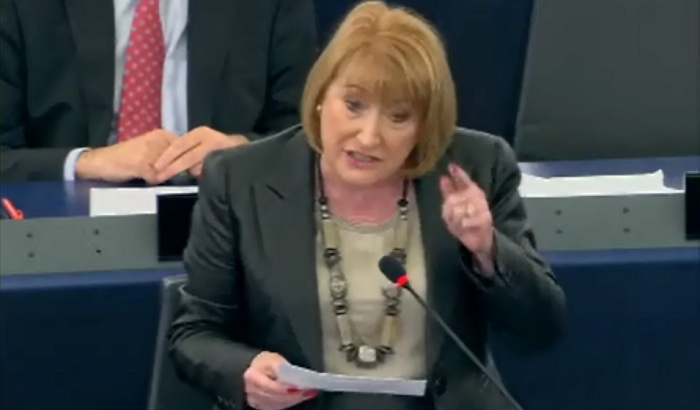 This week MEPs will vote on proposals for the mandatory country of origin labelling of meat in processed foods -  a vital measure for food safety and consumer choice, writes Glenis Willmott MEP, Labour’s Leader in the European Parliament.

Mexican beef? French rabbit? Spanish pork?... three years’ on from the horsemeat scandal, consumers may now be more certain what it is they are eating, but they still don’t know where the meat in processed food is from.

Country of origin labelling is now mandatory for fresh beef, and will be for fresh pork, lamb, goat and poultry from April this year, yet this is not the case for meat in processed food. And that is why this week in the European Parliament, Labours MEPs will be voting for the same standards for meat in burgers, ready meals and sandwiches.

This is long overdue. We have been asking for this since 2010, when I helped negotiate new EU laws on food labelling. I managed to get the European Parliament’s support for the idea, but European governments - including our own - would only agree to labelling fresh meat.

When the horsemeat scandal broke in 2012, the UK government changed its mind and promised to introduce labelling for meat in processed food, only to backtrack and block the idea in the European Council last summer. So Tory MEPs may be planning to vote in favour of the resolution this week, but this might never have been necessary if they’d supported our position right from the start.

Labour MEPs, on the other hand, have consistently argued for clear, honest labelling for all food. From easy-to-understand nutritional information to labelling method of slaughter or whether a product contains unsustainable palm oil, we believe consumers have a right to know what’s in their food and where it’s come from.

As for UKIP, despite including country of origin labelling alongside the litany of barmy policies in their 100-point election pledge, Nigel Farage’s MEPs are unlikely to back the resolution. They may want to be taken seriously, but when given the opportunity to take constructive action, as always, UKIP would rather sit back and rant.

Ninety per cent of consumers want to know the country of origin of meat in processed food. This would allow environmentally or animal welfare conscious consumers to make more informed decisions about where the meat in their food has come from and how far it’s travelled.

And it’s not just consumers, farmers’ organisations also support country of origin labelling. However, the food industry has been lobbying heavily against the idea, despite the fact this could actually be good for them by helping restore trust in the industry, which was badly damaged by the horsemeat scandal.

The European Commission claims labelling the country of origin of meat in processed food would increase costs significantly but their report was based on industry self-reporting. A French consumer study found that labelling the beef in a frozen lasagne would cost less than 1p, and for a bolognese sauce it would be even less.

People should never be misled, if a sausage roll is labelled as a British product, that should mean it is made with British pork. I sincerely hope MEPs won’t cave into to industry lobbying and will support the resolution on Wednesday. Consumers increasingly demand more information about their food and Labour MEPs believe you have a right to know where your meat comes from.

Glenis Willmott MEP is Labour's leader in the European Parliament and spokesperson on health.