Labour MEPs: UK's failure to back UN investigation into Gaza killings "is sending the wrong message" 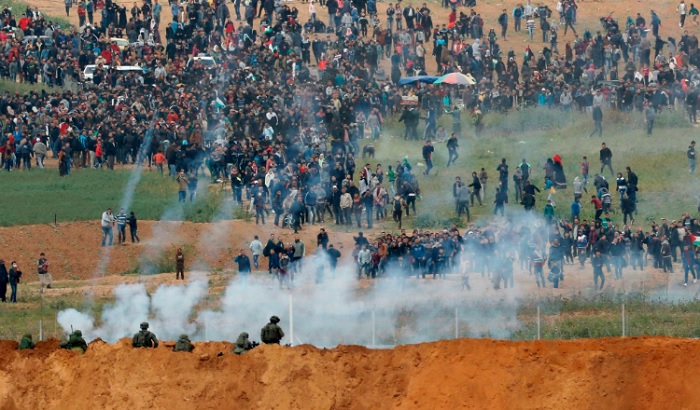 The European Parliament today debated the situation in Gaza following the May 14 border clashes, in which Israeli forces killed 60 Palestinians. The UN has launched a war crimes investigation into the incident, however the UK government failed to back the motion.

"The situation is Gaza is dire. After a sharp escalation of violence in the last two months, the UN has launched an independent committee to protect civilians in Gaza. It seems that the international community is finally taking a stance against Israel's disproportionate use of violence.

"It is hugely upsetting the UK government chose to abstain on this motion. I am concerned the UK is sending the wrong message – that we do not care about this appalling violence.

"This is the opportunity to send an important sign: that we will no longer remain silent. However, the Tory government has chosen not to speak out and stand up for justice."

"We must stop dragging our feet and treating Israel with such leniency, or we will be complicit in the human rights violations committed against the Palestinians.

"If Israel wants to continue its contemptible shoot-to-kill policy against protesters in Gaza, then it must face the consequences.

"The news this week that the Knesset is considering legislation to ban the photographing and recording of soldiers will make it harder to document human rights and other abuses committed by the army. Those responsible must be held to account, and so must Netanyahu’s government."