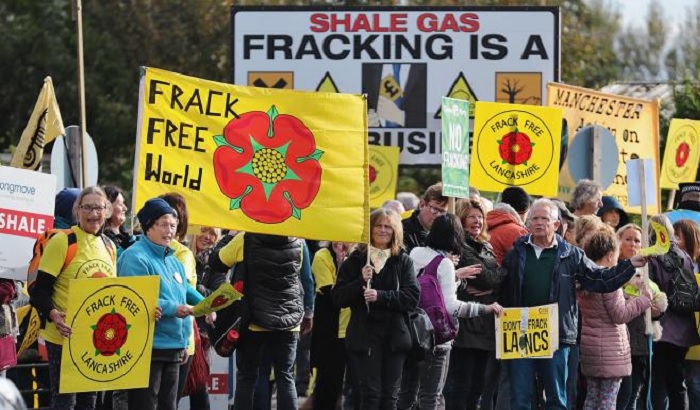 Following the 2.9 magnitude earthquake near Blackpool last week, Labour MEPs have demanded the government suspends fracking immediately and launches an independent investigation into the tremors.

"In the North West, the only active site in the UK presently, these tremors are serious and some of the most recent measured up to 2.9ML – more than five times stronger than the 2.4ML event which resulted in a full suspension of all fracking at the Preston New Road site in 2011 for two years. There have been reports from local MPs of wardrobes and cupboards flying open as well as windows rattling and car alarms being set off. Allegedly, the Oil and Gas Association (OGA) have halted their work for now while their own investigation is under way, but there is a need for an independent account of these seismic events to be commissioned. We ask you to set up urgently an independent inquiry into the tremors to gain further understanding of the seismic events in an unbiased manner.

"Gordon Marsden MP has already raised these concerns with you and we would like to echo and support his concerns. If damages occur, who will be providing compensation for constituents? Will the government take responsibility? Or will it be left to the regulator or Cuadrilla?

"Furthermore, we are calling for a review of the whole principle of fracking, which we believe would lead to its ban. As the EPLP, we have always been opposed to fracking and the damage it causes to the environment. Its effect on people’s health is either unknown or known to be detrimental. Its negative environmental consequences are well documented. Fracking is not the future. There can be no green future or economy where it is included. There must now be a suspension of all exploratory works pending a full review – including two in the East Midlands and four in the South East."