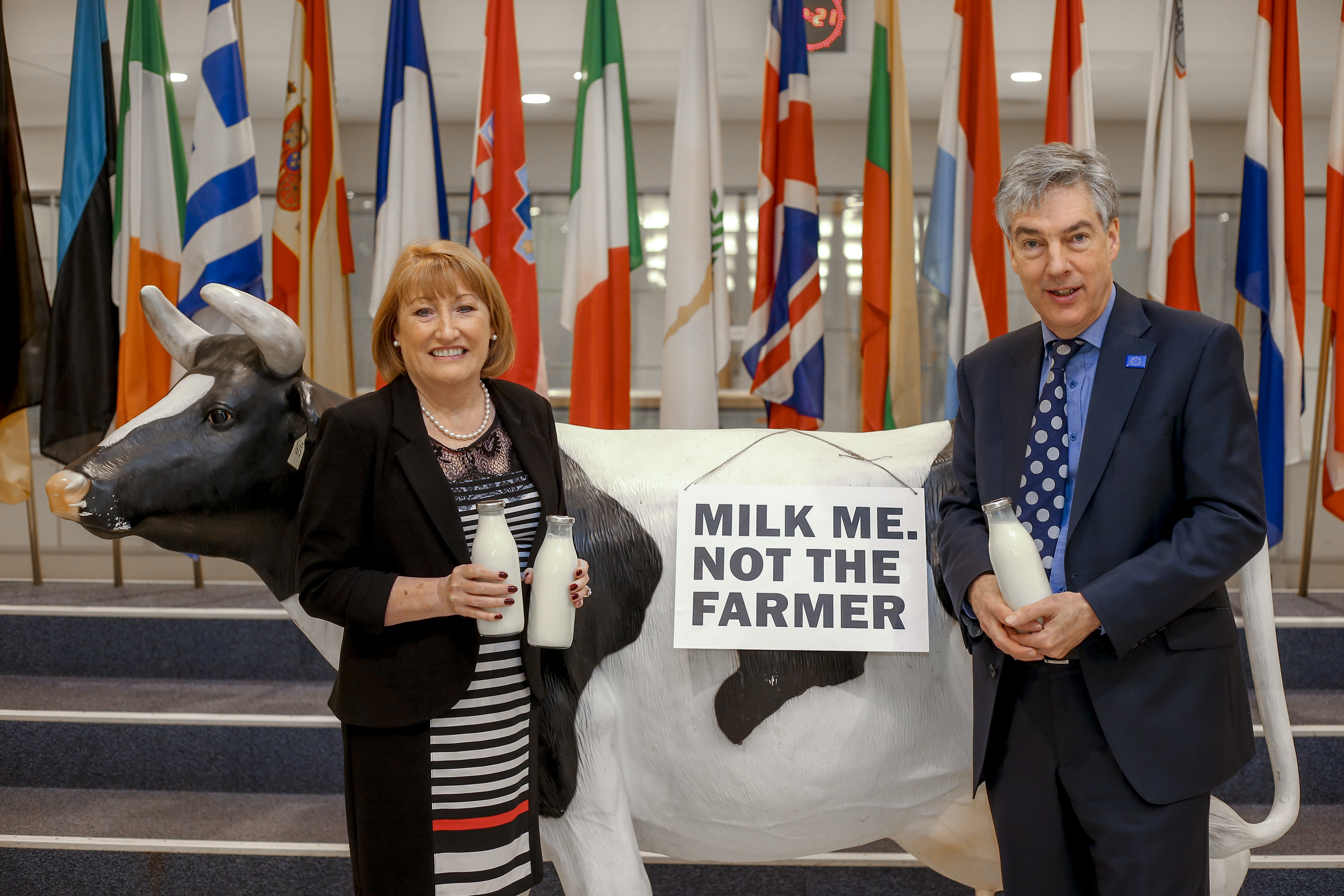 Labour MEPs today called for the EU, UK government and consumers to act to ensure British farmers get a fair deal.

"It is simply not fair for a dairy farmer to be paid less for a litre of milk than it costs to produce. We must collectively and speedily inject fairness into the relationship between dairy farmers, processors, supermarkets and, importantly, customers.

"We want to see more powers given to the Groceries Code Adjudicator, whose role it is to ensure there is fair play between British food processors and retailers, so she can take action across the supply chain.

"We also want the UK government to write to the banks encouraging them to be as supportive as possible of dairy farmers during this difficult period, including making loans available.

"And in the longer term we want to see farmers working together more, in order to increase their clout in the market and move themselves up the supply chain, by investing in food processing and the production and marketing of processed products such as cheese and yoghurt, as this is where the money can be made.

"It is clear customers have an important role to play, by demonstrating to the supermarkets that they do not want to be unwittingly involved in putting UK dairy farmers out of business as a result of buying cheap milk.

"We are calling on the British consumer to ask probing questions of their supermarket manager, as they have done in the past about fairly traded products from the developing world, to find out if a fair price has been paid to the farmer for the milk we buy."

"The UK’s dairy farmers very much appreciate the spotlight being shone on this issue by Paul Brannen MEP and his colleagues.  We very much agree that the dairy sector needs support from every angle at the moment, and that includes work in Brussels in overcoming barriers to export markets and reviewing the EU intervention price for dairy products. Back home in the UK we're heartened by consumer interest in and support for our dairy farmers and the high quality dairy products they produce. We continue to ask consumers to buy British on all dairy products."