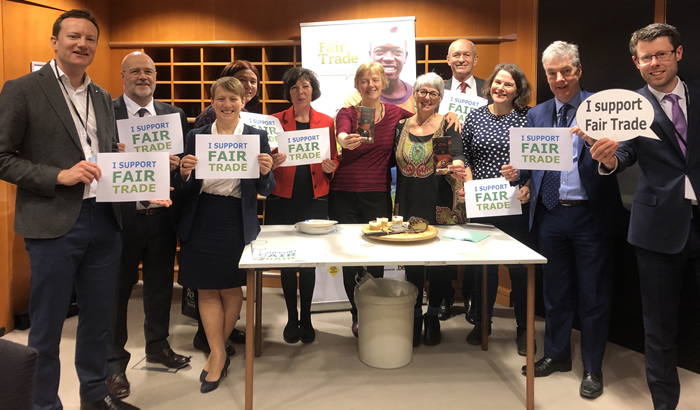 Labour MEPs have marked Fairtrade Fortnight by backing the “She Deserves” campaign to get women cocoa farmers a fair price for the cocoa they produce.

Most of the cocoa which goes into our chocolate comes from West Africa and many of the farmers are women. The Fairtrade Foundation has calculated that £1.86 a day would provide a living income in west Africa, but shockingly the average cocoa farmer earns less than 74p a day. These low prices have compounded other problems in cocoa-producing regions such as child labour, forced labour and environmental damage.

The European Parliament has been investigating how the cocoa supply chain works and MEPs are now calling for Europe-wide action to make sure companies check the cocoa used to produce the chocolate we eat is made in a way that respects the environment, human rights - no child or forced labour - and with a guarantee of a fair price to cocoa farmers.

“The British are the world’s top consumers of chocolate and we are therefore well placed to put pressure on companies to clean up the cocoa supply chain.

“If every cocoa farmer received a fair price, this could transform the lives of millions of families in some of the world’s poorest countries.

“We need companies to urgently commit to working with governments and cocoa farmers to deliver this change.”