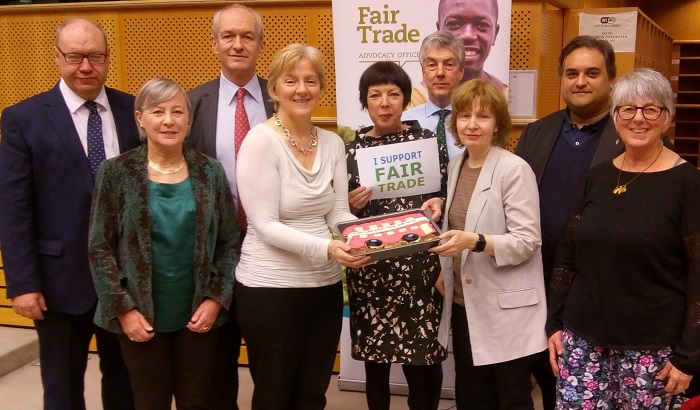 Labour MEPs and their staff have supported Fairtrade Fortnight with a cake sale in the European Parliament to raise money for Syrian women and girl refugees in Lebanon - €400 was raised.

All money raised from the event will go to SB Overseas, a Brussels based charity that supports Syrian refugees by distributing clothing and food parcels. The charity also support two schools in Beirut and Arsa as well as an empowerment and emancipation centre for women in Lebanon and Turkey.

"I am pleased to see continuing support for fair trade in the European Parliament. And at home it is great to see so many people, businesses, schools and universities participating in Fairtrade Fortnight with thousands of Fairtrade events place throughout the UK.

"Fairtrade means producers get a fair price, enabling them to fulfil a human right that is often taken for granted: putting food on the table for their families.

"And as we celebrate International Women’s day today it is also important to remember that Fairtrade programmes are vital to empowering women in developing countries. Fairtrade offers access to equal wages, health care, education, community leadership positions and even microfinance programmes.

"Through Fairtrade, women farmers and workers around the world are able to create more sustainable and stable livelihoods. Reason enough to support Fairtrade."