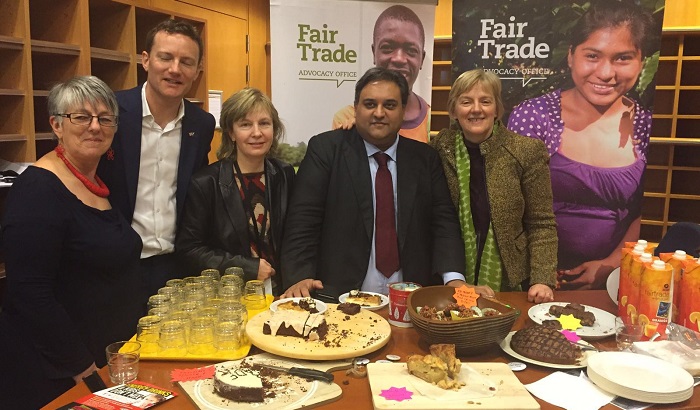 Labour MEPs and their staff supported Fairtrade Fortnight today with a cake sale in the European Parliament to raise money for a girls' school in Pakistan.

All money raised from the event will go to the Tasibeh Girls' School in Pindi, Pakistan. The school is dependent on funds raised in the UK, and provides education for 100 girls in one of the poorest regions of Pakistan. It also provides additional practical and financial support for many of their families.

Last year, Labour MEPs and their staff raised €350.59 for the Communication Workers Union Humanitarian Aid (CWUHA) charity in support of the Kilimahewa School in Tanzania. This money helped fund the education of six children for a year.

“I am pleased to see support for fair trade both in the European Parliament and at home. To date there are nearly 1,400 Fairtrade breakfasts being held throughout the UK and we are only a few days into Fairtrade Fortnight.

"Labour MEPs have helped develop EU policies to give Fairtrade producers support from EU funds and ensure Fairtrade has visibility in the European Parliament itself through contracting for Fairtrade tea and coffee to be served in the Parliament building.

"It is only by being members of the European Union that we can best help the millions of farmers and workers who are going hungry because they cannot get a good price for their produce. Only by working together can we do the most for those in the greatest need.

"Fairtrade means producers get a fair price, enabling them to fulfil a human right that is often taken for granted: putting food on the table for their families. These farmers are feeding the world, yet are unable to feed themselves - this must change, and change now."

You can donate to the Tasibeh Girls School fund here: https://mydonate.bt.com/events/tasibehgirlsschool/254132