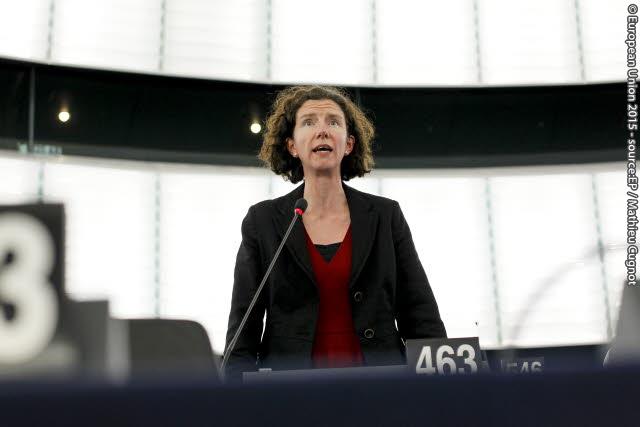 Formula 1 could become the latest sport to face an integrity crisis over current practices, a Labour MEP warned today.

Anneliese Dodds MEP, member of the European Parliament economic and monetary affairs committee, has written to the EU's Competition Commissioner, Margrethe Vestager, asking for them to launch an investigation into competition rules within Formula 1, and to explain how the EU plans to respond to the formal complaints they have received.

Following a formal complaint to the EU from two F1 teams about alleged unfair competition rules, Formula 1 has been warned could become the next sport to suffer an integrity crisis.

"We have already seen the EU getting left behind as the US and Switzerland launched an investigation into FIFA. Following complaints within the sport of F1, the EU must take the lead on a sport loved by many across Europe.

“Under rules introduced by the Group's hedge fund owners, Williams, Ferrari, Red Bull, Mercedes and McLaren all receive tens of millions of pounds every year regardless of where they finish on the track, a situation that is unfair to smaller teams, some of which are based in the UK.

"We have already seen Caterham and Marussia, two teams in my constituency, being forced to close. In Caterham's case, this involved the loss of many dozens of highly-skilled jobs, while Lotus has also been in financial difficulties and is in the middle of a protracted take-over with Renault."

Compounding the problems that appear to exist within the sport, F1's regulatory body, the FIA, bought a one per cent share in the F1 group for the cut price cost of £286,000. Those shares were estimated to be worth £74 million last year.

"It is very unusual for a regulator to have a financial stake in what it is regulating. Recent developments are akin to the Food Standards Authority taking a stake in McDonalds, or the Health and Safety Executive buying up a factory."

"Sport plays a huge role in our society, linking communities across the world in a shared passion for positive sporting values. It has the potential to reach out to marginalised communities and bridge the gap between generations.

"Formula 1 also makes a big contribution to our economy, providing jobs in the car and service industries, lucrative careers for the top racing drivers and forming an important revenue stream for broadcasters. Allegations regarding Formula 1 competition rules have been therefore deeply disconcerting.

"Integrity is a vital component of the sport, strongly linked to the values of solidarity, the promotion of peace and social inclusion the race or game can engender. This is why we must restore trust in sporting institutions and fight against all forms of unfair competition rules."