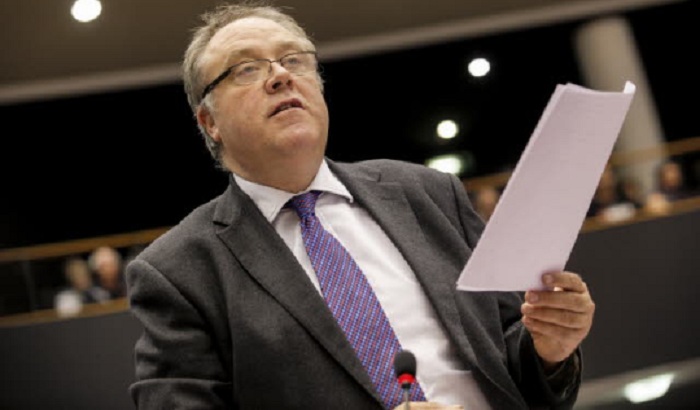 The proposal for official recognition of Palestine as a state is being raised in parliaments across Europe and will be debated in the European Parliament tomorrow, when MEPs will hear a call for a coordinated European initiative.

The debate will be led by Richard Howitt MEP, Labour's European spokesperson on foreign affairs, who will say the initiative is needed to break the current logjam between Israelis and Palestinians.

Mr Howitt, who is proposing the initiative as spokesperson for the European Parliament's Socialists and Democrats Group of MEPs, will reaffirm that peace will only be achieved through negotiations between the two sides, but will say the move is motivated by "impatience" and "despair" amongst European lawmakers at the status quo.

"Recognising statehood for Palestine is itself a recognition that, even if talks are restarted as they must be, there needs to be a new impetus if they are to make any real progress.

"Despair at continuing violence and impatience at the current impasse is leading members of parliaments across Europe to take this highly symbolic step in favour of the creation of a Palestinian state.

"We will always hold out the hand of friendship to Israel and defend the right of its people to live in peace and security, but believe a coordinated message for Palestinian recognition from European Union countries would send a clear signal to both sides of a necessary shift in international pressure for Middle East peace."