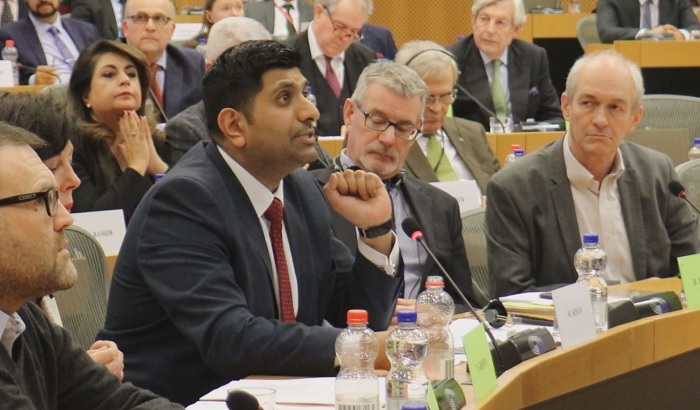 The European Parliament this week held an historic hearing on human rights abuses in Kashmir, led by a UN expert.

The exchange of views took place in the European Parliament’s human rights committee and featured a UN human rights expert, involved in the recent report which condemns the human rights abuses across the Kashmir region.

Labour MEPs welcomed the hearing as another sign the international community is increasingly aware of the situation in Kashmir, following a period of relative inaction over Kashmir.

Wajid Khan MEP, Labour's European Parliament spokesperson on human rights and an outspoken critic of human rights abuses in Kashmir who was instrumental in securing the hearing, said:

“Today is monumental. For too long the world has ignored the most militarised zone in the world. Kashmiris have suffered brutal attacks, including sexual violence and forced disappearances. Today will not change that overnight, but finally the international community is taking note. The world is watching, and hopefully together we can achieve peace.

“At one point, peace in Northern Ireland seemed distant and near impossible. Now, it is hard to believe that the troubles happened in Europe only 20 years ago. This could be Kashmir. We can have peace and prosperity, if everyone works together.”

Richard Corbett MEP, Labour’s Leader in the European Parliament and chair of the Friends of Kashmir group, said:

“Today marks a historic moment for raising awareness of the situation of the Kashmiri people, as the European Parliament held a long-awaited debate on Kashmir alongside the Office of the UN High Commissioner for Human Rights.

“For too long, issues of physical and sexual violence, as well as forced disappearances in the Kashmir region have been overlooked by the international community. The European Parliament is a cross-border, cross-party platform to bring to light these human rights issues and thereby bring about peace.”