Labour MEPs: Johnson is not Britain - please bear with us and give us time to rethink Brexit now reality is laid bare 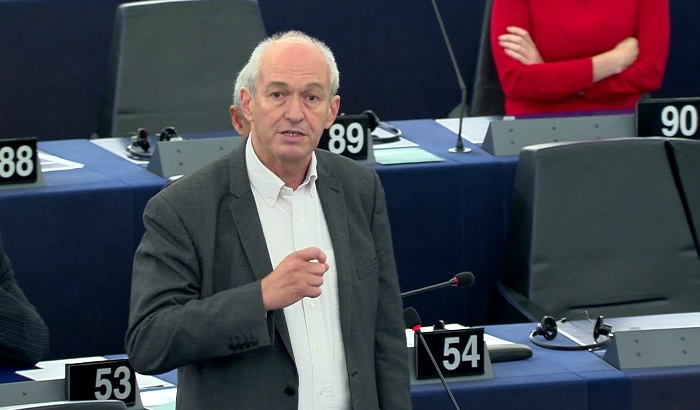 Boris Johnson is not representative of Britain, and his plans for a no-deal Brexit have no mandate, Labour's leader in the European Parliament, Richard Corbett MEP, said as parliament debated Brexit today. Mr Corbett called on the rest of Europe to give Britain more time, and enable the necessary extension to allow the UK to rethink Brexit now the reality of Brexit has been laid bare.

"President, we have a chaotic political situation in Britain at the moment, but colleagues should not for one moment think that this prime minister, nor that lot over there, represent the entire British nation. They do not.

"And although Mr Johnson claims that he is seeking a deal, he has not put any actual proposal on the table, and the ideas he sometimes floats for a solution are ones that would not be acceptable, either here or to the British parliament.

"He is in fact heading towards a no deal Brexit, but the British parliament has legislated to prevent such an outcome, to require him to ask for an extension, rather than have a no deal Brexit, and a majority in the British parliament also now, and remember he is now a minority government, he has lost ministers, he has expelled members from his party, it's a minority government, and every single opposition party, Labour, Liberal Democrat, Green, Scottish nationalist, Welsh nationalist, every single one wants a new referendum, and in such a referendum, faced with a Boris Johnson deal or a no deal, would campaign to remain in the European Union. It's important for colleagues to remember that.

"That is why leave voters are entitled to say 'this is not what I was promised, this is not what I voted for', and it's right to give the British people another chance to look at this. Please bear with us, please give us that necessary extension, ask your prime ministers to give us the extension necessary for us to sort this out. Thank you very much."

"Let’s be clear about where the blame for this mess lies.

"You start with impossible promises, saying we can keep the existing trade relationship with Europe, but rip up the rulebook. You then say we can negotiate from a position of strength, despite leaving the world’s largest economic bloc. You then decry all opponents to this fantasy as traitors and then you move on to say that the British people voted for medicine and food shortages. They did not.

"Monsieur Barnier, you wish to move on, we all wish to move on. I know many of my colleagues are fed up with this debacle. I get it. I understand it.  But let’s not pretend that the Withdrawal Agreement would be sustainable, without public sign-off.

"The British people need to put the reality of Brexit up against remaining in the European Union. Give us the time, give us the options, that’s the only sustainable way forward."