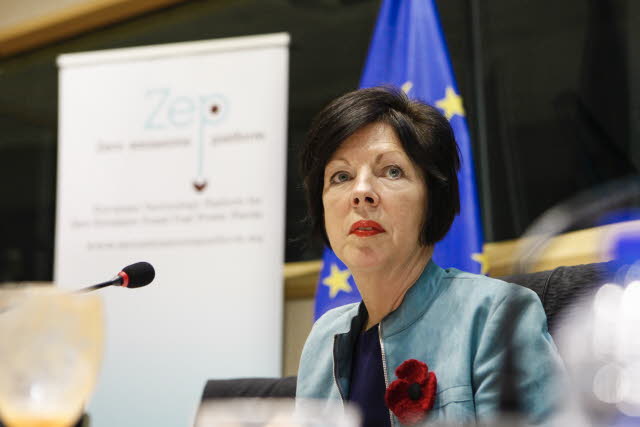 Conservative and UKIP MEPs joined forces today to vote down proposals for an EU energy strategy that addressed energy security and access to affordable energy.

Labour MEPs had successfully pushed to include binding targets on energy efficiency and renewable energy within the strategy. The report supported 2030 climate and energy targets of at least a 40% reduction in C02 emissions, 30% for renewables and 40% for energy efficiency as individual national targets.

The report was voted down by a margin of 39 votes.

"It is hugely disappointing that the Tories have, once again, aligned with UKIP to vote down a very important report on energy security, which included support for renewable energy and energy efficiency.

"Labour MEPs want to make sure the UK's energy security is reinforced by reducing our dependency on fossil fuel imports and developing renewable technologies. We are pro-business and pro-environment and know it is crucial to boost investment in renewable energy across Europe.

"We need to promote energy efficiency as much as we can as it is vital to both EU energy security and to the growing issue of energy poverty."

The report had also emphasised that energy must be made affordable for all citizens of the EU and the need to undertake energy efficiency improvements to tackle the growing problem of energy poverty. However, the Green Party did not support the report either.

"The Conservatives and UKIP seem to have forgotten that on Monday the G7 leaders agreed to cut greenhouse gases by phasing out the use of fossil fuels by the end of the century. It is paramount this objective is intertwined with our work on energy and energy security and that we support this as a Parliament.

"Our actions and our policies need to be guided by three major responsibilities: affordability, security and sustainability. I believe this report had the necessary provisions to help us achieve our climate change targets, combat energy poverty and guarantee energy security across Europe.

"I am extremely disappointed this report, that would have helped thousands of people across the Europe out of energy poverty, was not passed. The EU currently imports more than half of all the energy it consumes at a cost of more than €1 billion per day - this cannot go on."