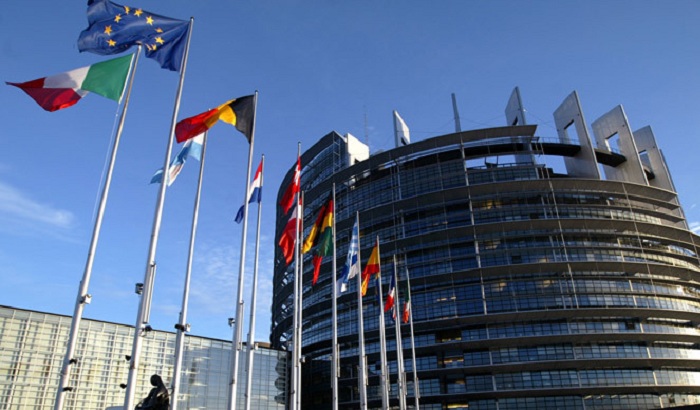 Labour MEPs have called on the European Commission to strengthen its strategy to combat Islamophobia and anti-Semitism at this critical time in the European Union's history.

Speaking in the key note debate following a Commission statement last night on the rise of anti-Semitism, Islamophobia and violent extremism in the EU, Claude Moraes MEP, chair of the European Parliament civil liberties, justice and home affairs committee, said:

"The EU needs a fundamental rethink of its strategy to combat rising Islamophobia and anti-Semitism. The tools for the job are either out-of-date or simply not being implemented at a time when attacks both direct and indirect against the communities across Europe are significantly rising.

"We need to ensure the EU Race Equality Directive is implemented fully across the EU and in some cases, gold plated, that is improved, to ensure it adequately covers the protection of Muslim and Jewish Communities. Where it is clear Muslim and Jewish communities are not protected in legislation, national legalisation must be enacted or we must be prepared for EU solutions.

"The EU has an opportunity to work with civil society and create fresh policy, such as new frameworks for national strategies to combat Islamophobia and anti-Semitism.

"The Council Framework Decision to Combat Racism and Xenophobia must also be fully implemented to deal with the new political and cultural realties of the day to day attacks on Muslims and Jews on Europe's streets and work places. This decision is no longer just a document but must be a call to action at a time when many Muslims feel deeply insecure and many Jews feel the need for greater protection.

"Issues of anti-Semitism and Islamophobia are complex and deep but there is a need for a political response at the European and national level, as well as a thoughtful response to anti-radicalisation measures and support for the contribution of our diverse society."

"We have seen a worrying increase in anti-Semitism, Islamophobia and violent extremism in the EU. Recent attacks in Paris and elsewhere have acted as a pretext for racist groups to rear their heads.

"We saw the consequences of ideological racism during the Holocaust when not only six million Jews were slaughtered, but also millions of Christians, Muslims and others as well.

"We cannot allow ourselves to head in that direction again. Together all of us in Europe must stand together against violent extremism wherever we find it."