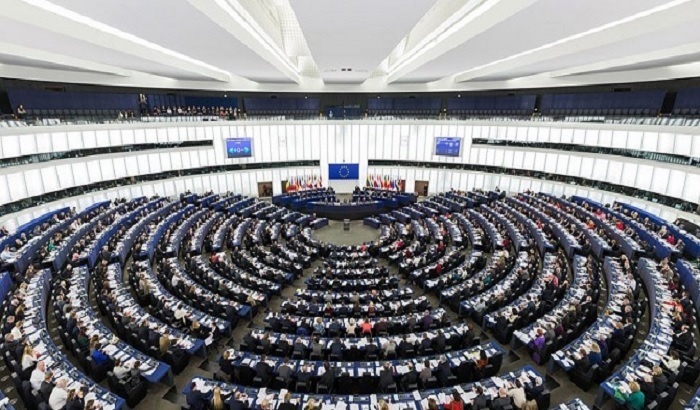 It is time for the new European Commission to get down to business and put forward the progressive proposals it has promised us - that is the message from Labour MEPs as they gave approval for a new team of European Commissioners to take up their posts from 1st December.

Over recent months Labour and its sister parties have applied pressure to win commitments and concessions from the new College of Commissioners, including:

• Commitments on a Green New Deal to deliver a just transition to a low carbon economy - with proposals to cut CO2 emissions by at least 50 per cent by 2030 and to provide a Just Transition Fund to ensure that no one and no region is left behind as Europe confronts the climate emergency;

• Putting equality front and centre of EU policy making - while it is important that we will see a European Commission that is closer to gender balance than ever before, Labour MEPs believe the real test of the new Commission will be on how it delivers on its concrete commitments to bring forward new anti-discrimination legislation and to take action on issues such as pay disparity and gender-based violence.

Labour and its sister parties are also pleased that key posts have been secured by socialist Commissioners, including those responsible for climate change and employment and social rights.

The Socialists and Democrats Group in the European Parliament has been clear that the new Commission team must now deliver on its progressive promises.

While the government’s Brexit proposals would mean that British people would miss out on the new rights and funding opportunities that are now on the horizon, Labour MEPs have continued to argue for EU action to make the continent fairer and more sustainable.

Commenting on the approval of the European Commission, Labour's leader in the European Parliament, Richard Corbett MEP, said:

“Labour and its sister parties have pressed the new European Commission President and her team of Commissioners hard to ensure action will be taken to fight inequality, tackle the climate crisis and ensure that everyone can benefit from the huge economic prosperity that comes from being part of the EU.

“This vote allows the Commission to get on with that work, and Labour and its sister parties will continue to hold the Commission’s feet to the fire to ensure that our expectations are met.

“In the years to come, people across Europe are set to benefit from our successes - but of course those benefits are at risk for British people because of Brexit.”

Commenting on the lack of a British Commissioner in the new EU Commission, Richard Corbett MEP added:

“Once again the Tories have put political gimmicks ahead of the national interest, with another empty British seat at the decision-making table. Whatever happens on Brexit, EU rules will continue to influence the lives of people living in Britain. To give up influence in this way is playground politics, letting the country down and weakening our standing in the world.

“That is why Labour MEPs have always been clear about the choice Britain faces - a referendum with the option to remain and retain our influence in the EU with Labour, or the economic uncertainty of a Hard Brexit, diminished rights, lower standards and the sell-off of our NHS with the Tories.”