Labour MEPs: EU must avoid trade war, but should respond strongly if US imposes steel tariffs 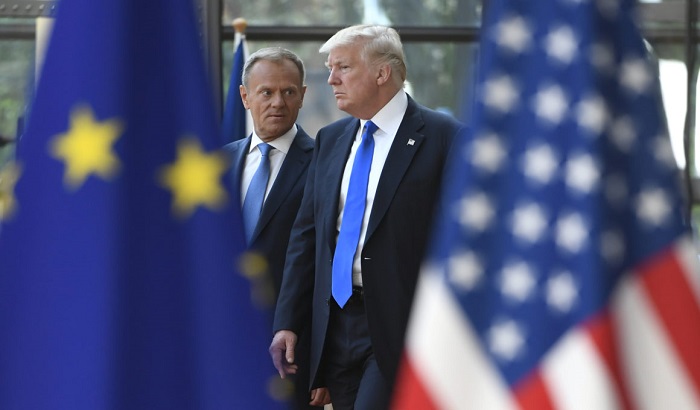 Ahead of tomorrow's announcement on whether the US will end the EU's exemption from tariffs on imports of steel and aluminium, Labour MEPs warned the EU must enact a strong, proportionate and strategic response and not get drawn into a trade war.

“If President Trump ends the EU's exemption from tariffs, we cannot and will not take it lying down. The 'national security' grounds for imposing these tariffs are as trumped-up as they are spurious, and should be challenged in the WTO - they are a flagrant breach of the rules and are being used to try and bully us, and others who face tariffs, into accepting his terms of trade.

“The EU must also stand ready to respond with targeted duties on symbolic products in key states, to pressure Congress into restraining the 'America First' protectionism of the President and forcing the administration to get back round the negotiating table to prevent this dispute escalating into a full-blown trade war.”

“We saw it with the strengthening of trade defence instruments, and we'll see it again in response to any imposition of tariffs by the US - the EU is standing up for Europe's steel industries and the thousands of jobs that are at risk, including in Britain, while the Tory government and Tory MEPs oppose action and seek to cosy up to Trump whatever the cost.

“It is only by being part of the EU that we will benefit from stronger protection against unfair competition from China and punitive duties from America; outside the EU, under a Tory Brexit, we would be at the mercy of tariffs, dumping, protectionism and anti-competitive practices, from Beijing to Washington, with little recourse and lots of job losses.”