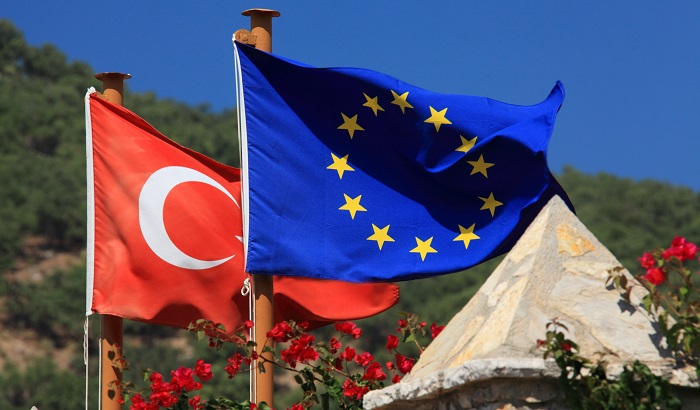 Labour MEPs have vowed to thoroughly scrutinise the EU-Turkey deal on migration, announced today, to ensure it complies with international law, international asylum standards are met, and refugees are treated humanely.

The deal, agreed today by EU leaders and the Turkish prime minister, Ahmet Davutoglu, proposes that Turkey is offered financial aid and political concessions in return for taking back all migrants travelling to Greece. The plan suggests that for every Syrian refugee sent back, another Syrian would be resettled in the EU directly from refugee camps in Turkey.

Each person claiming asylum will be given a full hearing in Greece, EU leaders have assured, though human rights groups have expressed concern at the proposals.

"Following the conclusions of the EU summit on the EU-Turkey deal to address the refugee crisis, Labour MEPs call for more guarantees to ensure that the package is in full compliance of international laws on refugees. European Union countries cannot simply send people seeking international protection back without ensuring international asylum standards for all migrants are met in Turkey.

"On the issue of the proposed visa-liberalisation for Turkish citizens, given the UK opt out of the Schengen zone, the UK can still maintain its visa requirements even if an agreement is reached with the EU and Turkey.

"Moreover, the European Parliament will play a major role as a key watchdog to ensure the high benchmark of 72 conditions set out by the European Commission - which cover vital fundamental rights measures as well as improved co-operation in fighting organised crime - are fulfilled.

"Focus must also be on the humanitarian crisis unfolding in Greece as a result of EU countries closing their borders. National governments urgently need to uphold their responsibilities and show solidarity with Greece by offering humanitarian assistance, quickly implementing the relocation agreement and working together to enhance safer and legal routes to Europe."

"This is a crisis created in Syria not Europe, but it is right that the European Union takes collective action to address it. However, it is equally right that the European Parliament gives firm scrutiny to this deal, to ensure there is no question of any breach of international asylum law, nor any tacit agreement to avoid justified criticism about attacks on democracy and human rights in Turkey itself.

"This is not a political game and we can never treat as bargaining chips the fight against terrorism, the needs to reinstate a peace process for the Kurdish people, prospects for reconciliation on Cyprus - divided for forty years - and above all the humanitarian crisis suffered by the refugees themselves.

"Progress should be made on each on their own merits - deal or no deal.

"The strict conditions also explode Eurosceptic claims aimed at British referendum voters, as it is clear that there remains a long path to possible future Turkish membership of the European Union and that relaxation in visa rules would not apply to Britain.

"Britain retains a veto in any case, so our concern should be on responding to the refugee challenge now, and for Turkey, European Union and all countries internationally to uphold our obligations to tackle the refugee crisis and end the conflict in Syria."

"This EU-Turkey migration agreement allows us to preserve a minimum of dignity, as we hope for more European solidarity in the future. It is better to have it, than to have refugee children at the mercy of human traffickers.

"Europe´s strategic environment is becoming more complex by the day. Whatever the legitimate differences with Turkey, our NATO ally, they must be resolved through dialogue.

"I am pleased that after some pressure, including from the European Parliament, EU leaders introduced a significant change to the agreement, guaranteeing the case-by-case assessment of asylum claims. This allows us to deal with the refugee and migration crisis, while upholding our international legal obligations.

"Another encouraging development has been the rightful extension of the role of the United Nations in this process, particularly the UN Refugee Agency (UNHCR) which will now play a vital role in both the transfer and resettlement of refugees. We will support their work as best we can."