Labour MEPs: EU standards on fire safety must be implemented in UK and maintained after Brexit 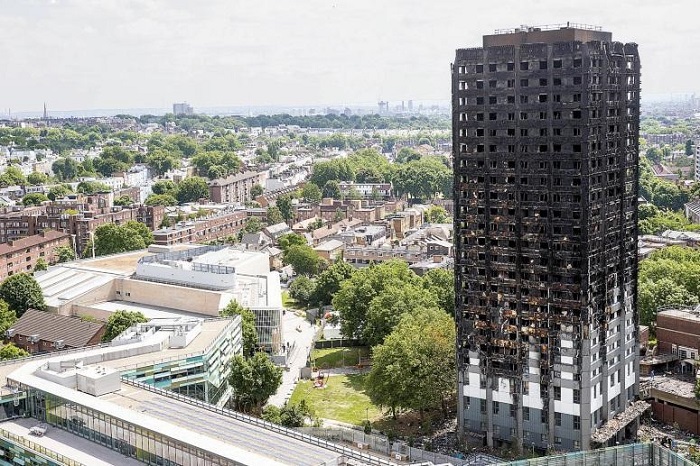 Strong EU regulations on fire safety must be immediately implemented in the UK and not watered down after Brexit, Labour MEPs warned as the European Commission gave evidence to MEPs this week on fire safety in buildings.

“The Grenfell Tower disaster saw 80 known people dead, with dozens more injured in a blaze firefighters had never seen the like of before.

“We in this house cannot allow a disaster like Grenfell to happen again and therefore I have to start by asking the Commission what approaches the British government have made to the European institutions on this subject? The evidence and inquiry into Grenfell have ramifications across the EU and the British government, whist still a member of the EU, has a responsibility to work with its European partners and share information to prevent another tragedy like this from happening.

“In the case of Grenfell, it is generally accepted that the material and structure of the façade enabled the fire to spread rapidly. There are currently two façade tests possible - a large scale one and a small scale one, with Member States choosing the one which they prefer. In the UK it is the large scale façade testing method which is used.

“In light of the differences, it is now vital that all EU countries adopt the most exacting standards - this is not about ‘red tape’, these are measures that ensure the highest levels of safety, protect people living in these buildings, and, ultimately, save lives.”

On the need for greater cooperation across the EU and the sharing of data and best practice, Catherine Stihler MEP added:

“Given the complexity and local nature of the question of fire safety, it is important that national authorities communicate and exchange best practices. As currently all EU countries regulate fire safety individually, one simple way forward where action could make a difference is if Member States have a common approach towards the collection and sharing of data, for example the initial reason of the fire and how it has spread.

“Data collection and sharing is further hampered by a lack of or use of diverging definitions. Currently there is no legal EU definition of ‘fire injury’ or ‘fire death’. Member States use different measurements or time frames to define these terms.

“If we can deal with smoke toxicity, share best practice and collect meaningful data, we could go some way using the powers which these institutions have to ensure that Grenfell will not be repeated.”

“We are three months on from the June Grenfell tragedy but the issue of fire safety never expires - nor does the grief of those who have lost their loved ones in an inferno that could have been prevented. Social housing blocks and buildings across Europe are constructed with similar materials to Grenfell that are potentially vulnerable to fire.

“How is it possible that our fellow citizens found themselves living in a high rise building with inadequate passive or active fire prevention measures? We all agree: never again.

“The EU can play a key role in preventing tragedies like Grenfell given many EU policies have the potential to improve fire safety. In fact, EU regulations already require that construction work is designed and built in such a way that in the event of fire the spread of fire and smoke is limited. But these rules need to be enforced - these are EU regulations that could save lives.

“It is beyond shocking that instead of seeking to enforce and strengthen these regulations, the UK government-backed ‘Red Tape Initiative’ was considering whether to class life-saving EU fire safety regulations as “expensive and burdensome red tape folly” that should be abandoned after Brexit.

“If we are to avoid future incidents similar to the horror of Grenfell Tower, the highest possible safety standards must be implemented in the UK - both now and after Brexit. We also owe this to firefighters across the EU who put their lives at risk but very rarely get the kind of hearing they deserve. I sincerely hope that this house will continue to put this important matter high on its agenda.”