Labour MEPs: EU must show leadership in fight against FGM 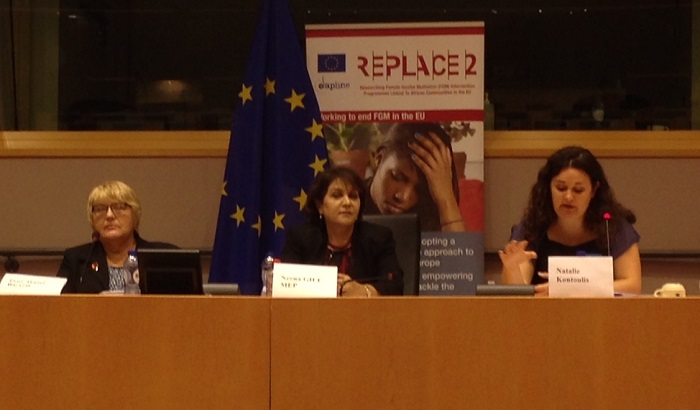 Labour MEPs have called on the EU to show leadership in the fight against female genital mutilation (FGM).

MEPs and campaigners discussed the issue at an event in the European Parliament today looking at researching FGM intervention, programmes linked to African communities in the EU and working to end FGM across the European Union.

A toolkit - the REPLACE 2 Toolkit - and community handbook for tackling FGM were launched at the event, held with Coventry University.

"It has been estimated that more than 20,000 girls under the age of 15 are at risk of female genital mutilation (FGM) in the UK each year, and that 66,000 women in the UK are living with the consequences of FGM.

"However, the true extent is unknown, due to the 'hidden' nature of the crime.

"To launch such a guide here, today, in the European Parliament, something which aims to bring an end to the practice of FGM across the EU is something I am pleased to be a part of.

"We have progressed to talking about FGM - now let´s get about to stopping it wherever possible."

"As Labour MEPs, we have been pushing for concrete action to eradicate FGM and welcome this EU-funded project.

"The REPLACE toolkit takes the right approach: we should be supporting community leaders to mobilise those women and girls directly affected by FGM and empower them as the agents of change.

"FGM is a cross-border issue that needs a co-ordinated strategy. This can only be achieved by working closely with our partners in Europe to share best practices, allocate resources and deliver change."