Labour MEPs to back measures to cut deadly air pollutants 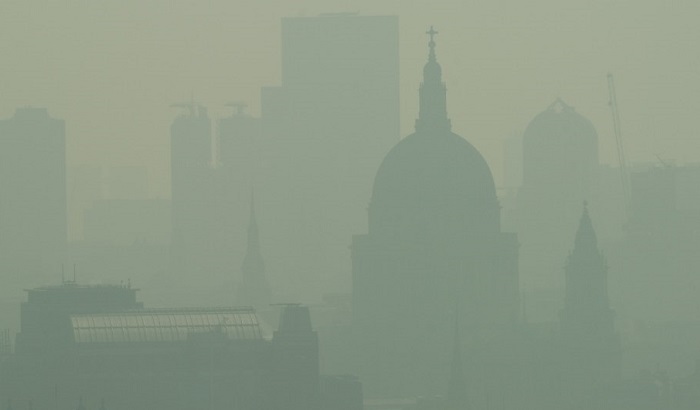 Labour MEPs will vote tomorrow for a range of ambitious measures in the National Emissions Ceiling Directive (NECD) to cut dangerous pollutants that contribute to air pollution.

The European Parliament is expected to back the proposals, which include binding emissions targets for 2025 and 2030; specific measures to protect vulnerable people; a greater say for local councils on how air pollution is tackled; and enhanced public consultation and access to justice if governments fail to deliver.

The proposals also include ambitious and binding limits for six toxic pollutants, which cause 690,000 premature deaths per year in the European Union, of which 50,000 are in the UK, with an economic cost for health estimated at between €300-900 billion (£200-650 billion) every year.

There are also targets for agricultural emissions including ammonia, which is responsible for up to 40 per cent of air pollution related deaths in some European countries.

Seb Dance MEP, Labour's European spokesperson on environment, and the Socialists and Democrats Group's lead negotiation on the NECD, said:

"The level of ambition shown by MEPs tomorrow will have a direct impact on the number of lives saved by this crucial piece of legislation.

"We need ambitious and binding limits on these toxic emissions to force governments across Europe to properly address what is now a public health crisis. More than a third of the UK’s air pollution is blown over the Channel, so a European-wide agreement is crucial.

"In addition, vulnerable groups such as pregnant women, children, the elderly, and those from low income groups are particularly affected - people doomed to inhale polluted air, suffer worsening health and even death, as a result of ever-increasing emissions.

"In the wake of the VW emissions scandal, the status quo is not an option. For example, we know that 90% of cars do not currently meet pollution standards. We need independent tests based on real driving emissions, not on unrealistic laboratory conditions where car manufacturers can rig the system.

"Just as the car industry should play its part, so too should agriculture. Thousands of deaths are attributable to ammonia from farms, and not setting limits here will undermine our efforts to save people’s lives."