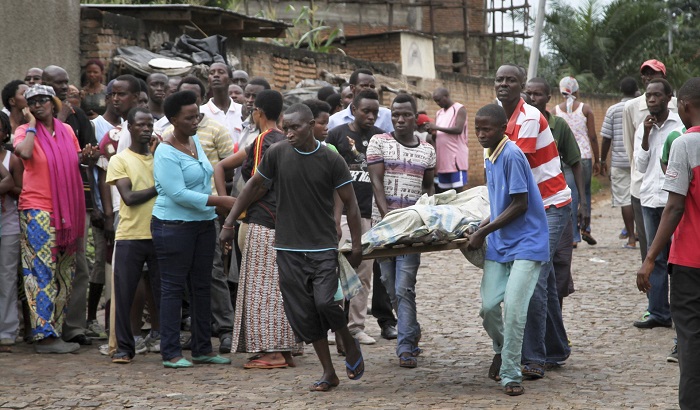 Labour MEPs have welcomed the International Criminal Court's announcement of an initial investigation into the violence that has taken place in Burundi since April last year.

In the past year more than 400 people have been killed, thousands arrested and more than 260,000 have sought refuge in neighbouring countries fearing wider ethnic violence like the massacres which took place during the 1993-2005 civil war and the 1972 genocide.

However, new talks due to be mediated by former Tanzanian President, Benjamin Mpaka, faced more delays thie week with officials citing the need for 'further consultation'. In recent months Western sponsors, including the European Union, have withheld aid and backed UN and African Union peacekeeping initiatives vetoed by Burundi.

With the Burundian government refusing to resolve the political deadlock with opposition leaders, Labour MEPs hope this new step will create some measure of accountability for the world's poorest nation.

"Once again political violence in Burundi is making headlines. It is clear that UN and African Union attempts to defuse the situation are making no headway with President Nkurunziza, which is why I am pleased to see the ICC announcing an initial inquiry into the growing violence we have seen in Burundi since last April.

"A year on, hundreds of thousands of Burundians have fled, there is talk of arming rebels in refugee camps, starvation in the villages and a slippery slope towards ethnic violence in the capital. I hope that this renewed effort to hold Nkurunziza's government to account has a strong effect - and having experienced their views on the ICC first-hand, I believe it might.

"Without a concerted effort from its neighbours and the wider international community it is likely that the situation will deteriorate, with consequences for Burundi, its citizens and the entire region."