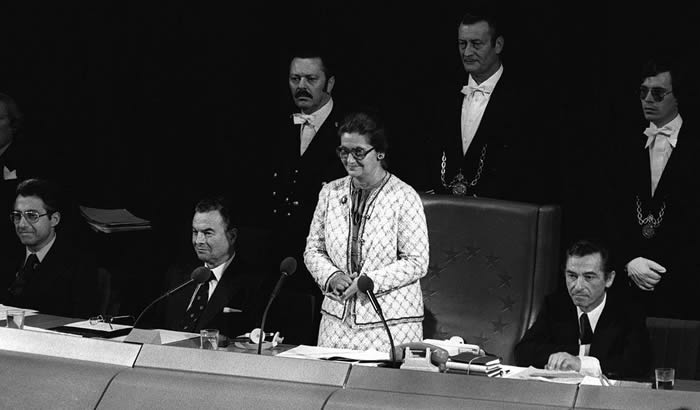 Leaving the EU would make the gender equality that we have all fought for harder to achieve – and never has that been a more urgent issue than on International Women’s Day 2019, Labour MEPs have warned.

On average, worldwide, women enjoy only three-fourths the legal rights of men. Only six nations in the world grant women equal rights and all are European Union countries: Belgium, Sweden, Denmark, France, Latvia and Luxembourg have all enshrined gender equality into law. If Theresa May were really serious about tackling the burning injustices in our society, she could start with ensuring equality for women was front and centre of her domestic policy.

Gender equality is a founding aim of the EU, and it is recognised as a fundamental right in EU law. Since the UK joined in 1973, working women have gained significantly from this strong underpinning of their rights. Brexit risks the progress the women’s movement has made over the past 40 years, with the Tory government committed to removing us from the Charter of Fundamental Rights.

EU law has extended rights to equal pay and strengthened protection from discrimination based on gender. It has improved the treatment of pregnant women and new mothers in the workplace and introduced new entitlements for parents to take time off. Many women also benefit from basic rights, like paid holiday, that were introduced at EU level – many of the two million workers who had no paid holiday before the Working Time Directive were part-time women.

Recently, the work-life balance directive has passed through the European Parliament and the Council. This new legislation addresses challenges faced by working parents and carers, both of whom are usually women. It improves the rights for men to take time off when they become fathers, and extends this right for second parents regardless of their gender. In the Council, the UK government was part of a small group of member states that lobbied for the legislation to be held-up.

The Women’s Budget Group has shown that one million women’s jobs are at risk from the UK government’s Brexit deal, let alone a no-deal scenario. It poses risks to all those in employment. In an independent legal opinion commissioned by the TUC, Michael Ford QC said “all the social rights in employment currently required by EU law would be potentially vulnerable” if Britain were outside the EU, with women’s rights being particularly at risk.

“It is difficult to overstate the significance of EU law in protecting against sex discrimination. A history could be written based on the theme of progressive decisions of the ECJ correcting unprogressive tendencies of the domestic courts.”

This covers hugely important legislation, including: equal pay for work of equal value; the right to protection from discrimination on grounds of pregnancy; equal pensions; and increased sanctions and compensation for workplace discrimination.

Currently, European Protection Orders guarantee “crime victims who are granted protection from their aggressors in one EU member state will be able to get similar protection if they move to another” - they are applicable across EU borders and recognised throughout the EU. What will their status be in the UK after exit day? If a woman is experiencing domestic violence in one EU country and then comes to the UK, followed by her partner, will she still be protected? As a former home secretary, Theresa May knows full well that we must have an EU-wide approach to tackling crime.

The NHS that was front and centre of the referendum campaign is also now in danger. Seventy seven per cent of all staff in the NHS are women, with more than 5% of NHS nurses coming from the EEA (the figure rising up to 20% in London). The Nursing and Midwifery Council has reported that since the referendum there has been a 96% drop - ninety six per cent - in nurses from the EU joining the NHS, leaving hospitals with a shortage of around 40,000 nurses.

Achieving gender equality requires more than just changes to laws. Simone Veil, the first woman President of the European Parliament, made an Honorary Dame by the Labour government in 1998, said “pain is the root of knowledge”. In the era of #MeToo and #TimesUp, we have seen that pain turn into protest and hopefully social progress. It has initiated change as women have challenged ingrained cultural norms and attitudes.

But this is just the start of the conversation and it cannot be a false dawn. Women must have more power and more control over ourselves and the laws we create. Leaving the EU would make the gender equality that we have all fought for harder to achieve – and, just three weeks before the scheduled date of Brexit, never has that been a more urgent issue than on International Women’s Day 2019.

Here are some useful statistics on women's political participation and position in power; violence against women; and female education and employment which have been discussed in parliament recently:

- The economic research forum estimates that it will take 107 years to achieve gender equality (not taking into account the current and future back clashes against women's rights etc), and other studies estimate 200+ years.
- In 1979 when the European Parliament began, 17 per cent of MEPs were women; 40 years later, this has only increased to 36% in 2019 - an increase from 1/6 to 1/3.
- The Socialists and Democrats (S&D) Group has 44% female MEPs, compared to 28% for EPP (European People's Party) and 22.7% for ECR (European Conservatives and Reformists).
- France, following the introduction of quotas, saw an increase from 13% (2008) to 50% (2018) in female electoral representatives.
- 1/3 of managers are female.
- Only 16% of mayors in Europe are women.
- Only 33% of European NGOs are headed by women.
- 35% of women worldwide have experienced domestive or sexual violence (not including other gender violence or sexual harassment).
- More than 50% of murdered women are killed by their intimate partner (compared to 1/20 for men).
- 45% of women (cf. 35% of men) have a university education.
- However, only 17% of ICT (information and communications technology) graduates are women.
- Degree segregation: only 20% of STEM (science, technology, engineering, and mathematics) graduates are women, and only 20% of EHW (education, health, welfare) graduates are men.
- 85% of university heads are men.