Labour MEPs: New EU copyright laws will ensure creators get paid for their work and enable expressives to carry on memeing 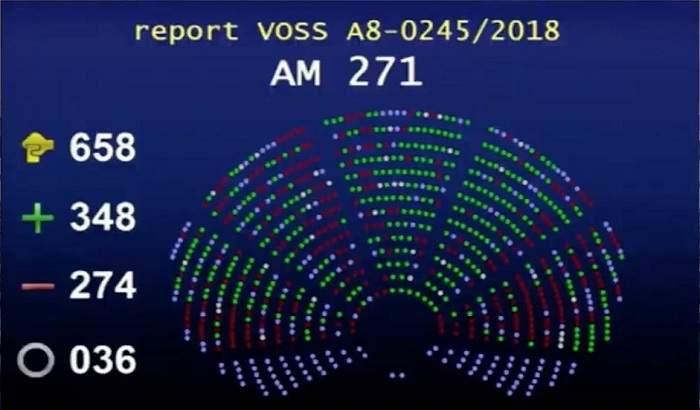 Creators and publishers of copyrighted content will receive fair remuneration for their work, with online freedom of expression protected following the European Parliament's approval of new EU copyright laws this week.

The new directive includes two key articles that had been subject to misinformation that claimed freedoms would be curbed: Article 11 concerns the protection of press publications and their digital use - the article protects the use of content and seeks to remunerate publishers and writers whose copy is appropriated by third party publishers; Article 13 concerns the use of protected content by online sharing service providers - it addresses the ‘value gap’ by ensuring musicians and performers are remunerated if their work appears on user-uploaded video platforms.

Pending the rubber-stamping of the directive by EU ministers, governments will have two years to implement the new laws.

"These new laws will ensure the internet is no longer a lawless, Wild West free-for-all outwith the writ of copyright law that all other platforms have been subject to since the Age of Enlightenment. The likes of YouTube, Facebook and Google will no longer be able to appropriate content without cost.

"And contrary to all the myths that have been peddled by the doom-mongers against change, there will be no censorship or limits on free speech and no bans on hyperlinks or parodying, nor were there ever any proposals for such measures. Memes are safe. Gifs aren't banned. Links are allowed. Snippets haven't been cut.

"Above all, workers will receive fair remuneration for their work - artists, writers, musicians, indeed all creators and publishers of original content are not adequately protected under the current rules, and that is why it is vital we now have these long-overdue updates to copyright law.

"Thousands of jobs in Britain depend on the creative industries, which contribute hundreds of millions of pounds to the economy and are one of our fastest growing sectors; the new copyright law is yet another example of the EU working, and Britain and Britons benefiting from our membership."

"These new laws will ensure creative workers get fairly paid for their work and are not exploited by large online platforms. It closes the value gap, and generates income to reinvest in content and create new work.

"At present, internet companies have little incentive to sign fair licensing agreements with rights holders, because they are not considered liable for the content that their users upload. Making internet companies liable will strengthen the ability of rights holders - from musicians and performers to script writers and journalists - to secure fair licensing agreements, thereby obtaining fairer remuneration for the use of their works exploited digitally.

"This is about values, paying creative workers properly for their work, protecting them against exploitation and ending the unfair monopoly of big platforms."

"This is the biggest reform of EU copyright law for 15 years, and will curb the tech giants' power over online content, including news and current affairs. Crucially, it will ensure creative artists are fairly rewarded for their work. This reform package will address the unfair situation that means a song needs to be streamed 50 million times on YouTube before the artist can expect to earn the average UK salary.

"Copyright ensures authors, composers, artists, film-makers and other creators receive recognition, payment and protection for their works. It rewards creativity and stimulates investment in the creative sector.

"Our work at the European Parliament was therefore concerned with rebalancing the relationship between small independent artists just starting out in their careers and big businesses who profit from them. Creators are workers and deserve to have the same rights and protections as all other workers across the EU - as Labour MEPs we will continue to stand up for workers' rights and stand up to exploitative practices wherever we find them."

These are the key points from the new directive: