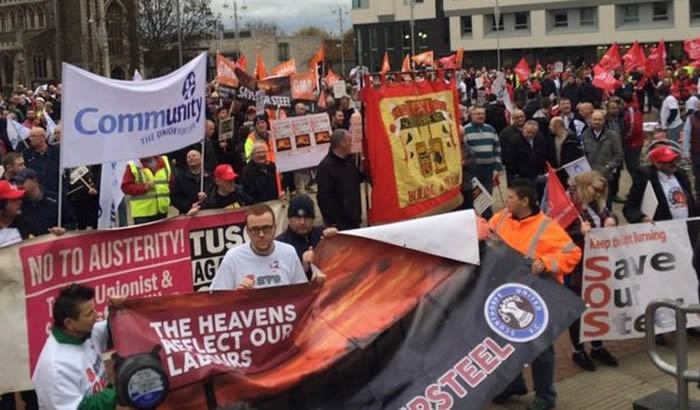 The European Parliament is set to debate the crisis in the steel industry in Britain and across Europe on Tuesday, and Labour will be putting pressure on the European Commission and UK government to act quickly and decisively to save Europe's steel industry with stronger anti-dumping measures.

"The Commission must make it easier for affected communities to bring a complaint against a company for dumping, and ensure quicker action is taken once an investigation is started - it currently takes 15 months for anything to happen.

"We have met with Commission officials, and we will continue to work with them to find a solution to this crisis. We have also spoken to the UK government, who should be doing much more to stand up for the British steel industry - the majority of steel dumped by the Chinese ends up in Britain.

"Steel is one of our most important industries, in the UK and across Europe. It is vital for the automotive, construction and electronic industries, and for mechanical and electrical engineering. The EU is the second largest producer of steel in the world after China, and to maintain this position we need stronger, more effective anti-dumping measures.

"Forty thousand jobs have been lost in the European steel industry in recent years, with more than a thousand jobs lost in the UK alone in the past few months. We need action now to prevent further job losses."