Still not enough clarity on citizens’ rights, Labour MEPs warn as EP hears from some of the millions facing uncertain future 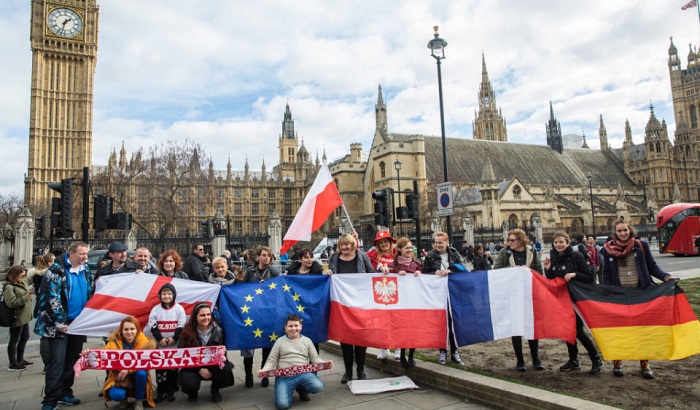 There are still outstanding issues to be resolved on citizens’ rights, Labour MEPs warned ahead of tomorrow’s European Parliament hearing which will listen to evidence from, among others, the parliament’s Brexit negotiators and representatives of the three million EU citizens in the UK and more than one million UK citizens in the rest of the EU, who continue to live under a cloud of uncertainty.

“We are holding this hearing to take stock of the situation on citizens’ rights after the announcement in December that ‘sufficient progress’ has been achieved in the negotiations for the withdrawal agreement between the UK and EU.

“The situation and rights of EU citizens in the UK and UK citizens in the EU-27 must remain a priority in the Brexit talks, and we are calling for the withdrawal agreement to incorporate the full set of rights citizens currently enjoy, and to ensure reciprocity, equity, symmetry and non-discrimination for all, wherever they reside.

“While the UK government has accepted that citizens legally residing in the UK or the EU would enjoy the full set of rights established in EU law – and it has accepted that the continuation of citizens’ rights would be guaranteed for a lifetime through a proportionate procedure – there are still important outstanding issues.

"Labour MEPs will continue to stand up for the rights of citizens, and listen to and put forward their concerns – the hearing is an opportunity to continue discussions on aspects of the citizens' rights proposals that are currently on the table, including important concerns regarding future free movement, the safeguards mechanisms for citizens' rights, and the status of future partners and carers.

“It is unacceptable that millions of people throughout Britain and across the EU are still waiting for clarity on their future status and rights. Despite the spin and rhetoric from the UK government, nothing is yet guaranteed, with three million EU citizens in the UK and more than one million UK citizens in the rest of the EU continuing to live under a cloud of uncertainty.”