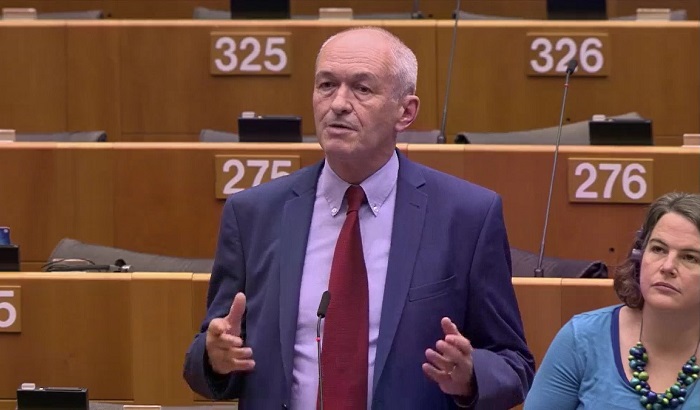 Boris Johnson is "playing the blame game" and "hoping that the EU will reject" his latest proposal, the leader of Labour's MEPs said as he called for the European Union to ignore the prime ministers games grant an extension to enable the British public to vote again on Brexit now the reality is clear.

"The British prime minister is indeed playing the blame game. He has tabled a proposal which he knows is unworkable, hoping that the EU will reject it so that he can blame the EU for doing so.

"But actually, we don’t need to take the EU’s word for it. Take Northern Ireland, the very territory it is supposed to help. There, the manufacturers’ association, the retailers’ organisation, the farmers, the trade unions, and every political party other than the DUP has said this proposal is unworkable for them.

"So we are going to come to a no-deal situation, and under British law, Johnson has to ask the European Council for an extension.

"I urge you to grant that extension, not just to avoid the catastrophe of no deal, but to give time to the British democratic processes, be that a general election or a referendum or both, to take place over the next few months.

"Let’s not forget now, we have a minority government. Every single opposition party in the House of Commons now wants another referendum on Brexit. That will lead to the public having a final say on the actual Brexit deal on the table, and you will see, the outcome may be the right one."