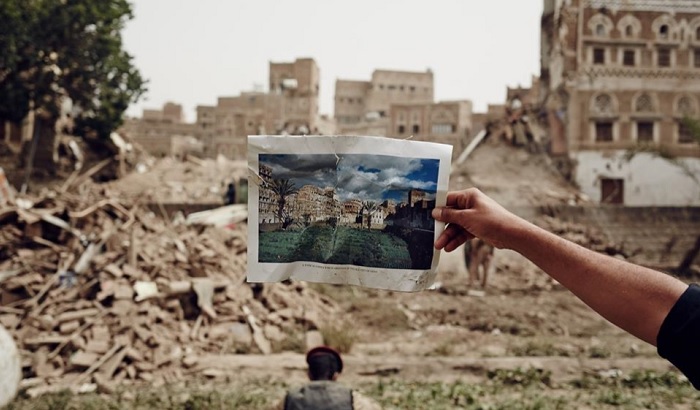 Tory MEPs yet again voted in support of the Saudi regime, failing to back an arms embargo for the third plenary in a row, as the European Parliament voted for a report that calls for an end to EU countries exporting arms to human rights violators.

“It is shocking yet not surprising that the Tories have once again supported the Saudi regime and voted against an arms embargo - this despite the torture, murder and dismemberment of Jamal Khashoggi last month and the recent worsening of the already horrific war in Yemen.

“In the two weeks since the last vote alone, the Saudi coalition has intensified its attacks on the critical Houthi-held port city of Hodeidah, through which more than 70 per cent of the country’s food, aid, fuel, and goods enter the country. In the recent bombardment, shrapnel from an airstrike hit a 15-year-old boy in the back of the head - the metal ripped into the boy’s spinal cord and he died one day later.

“The people of Yemen continue to suffer from war crimes perpetrated by Saudi Arabia using British made bombs with Tory support. Labour wants to see binding rules, with human rights and international humanitarian law conditions on arms exports even after Brexit, to stop any future governments from continuing to sell arms to Saudis, and others, in contravention of human rights standards and other rules on arms exports.

“The Tories cannot continue to just carry on as usual, looking the other way as British-made weapons are used to kill civilians and the fruits of British intelligence are used to violate human rights. Germany and other EU countries have said they will stop granting export licences for arms sales to Saudi Arabia - it’s high time the UK followed suit.

“Thirteen-and-a-half thousand people have been killed in the Yemen War, a million people are suffering from cholera and twenty million Yemenis need humanitarian assistance to meet basic needs, including food and water, out of a pre-war population of 28 million.

“Yet in spite of all this, the UK government continues to provide significant logistical and technical support to the Saudi military, with the Ministry of Defence’s Saudi armed forces projects team, comprising more than 200 UK armed forces and MoD personnel.

“Several governments have in recent weeks said they will stop selling arms to the Saudis, but for Tory MEPs and the Tory government, it seems no amount of bloodshed, disease and famine will get them to do the right thing.”