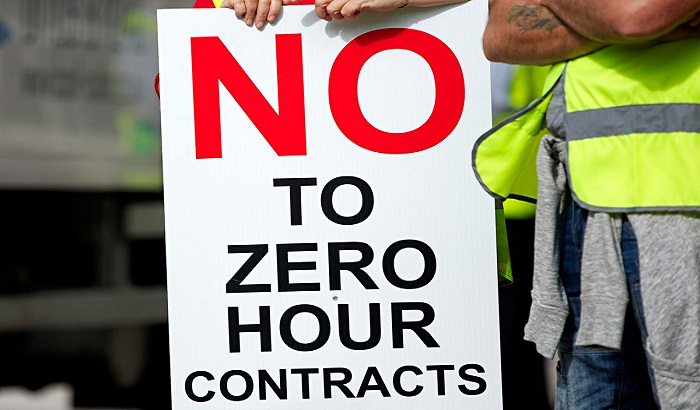 The Tories’ vote this week against a report calling for EU action on zero-hours contracts shows they cannot be trusted to protect workers’ rights after Brexit, Labour MEPs have warned.

“Theresa May claims workers’ rights will be safe under the Tories, but by voting against this report, they have shown they cannot be trusted to protect the rights British workers currently enjoy that are underpinned by EU law, and will not extend those protections.

“Unlike the Tories, Labour MEPs have been at the forefront in the fight for workers' rights, and we will continue to fight to keep what we have and work to ensure people who are currently being exploited, such as those on abusive zero-hours contracts, suffer no more.

“Zero-hours contracts offer no guaranteed hours or income, and are a problem across Europe. They prevent people from having any form of financial security - it is completely unfair that some employees don't know how much they will get from week to week.

“The failure of the Tories to support action on zero-hours contracts once again shows that, post-Brexit, workers’ rights will not be safe for as long as they’re in government.”