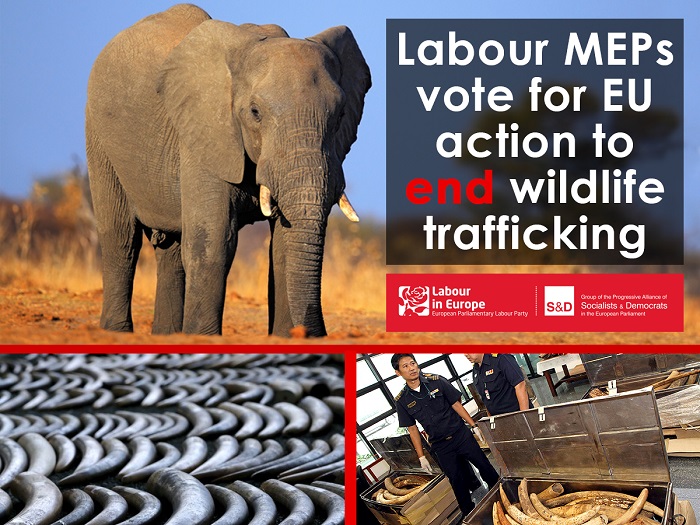 Labour MEPs voted today for a report calling for the eradication of wildlife trafficking - the illegal trade in wild animals, many at risk of extinction.

The EU Action Plan against Wildlife Trafficking aims to eliminate the organised buying and selling of wild animals and plants, which is globally estimated to be worth €20 billion (£17bn) and threatens hundreds of animal species, as well as flora and fauna varieties.

The report calls for the EU’s law enforcement agency, Europol, to be given more resources to fight wildlife trafficking and take on the organised criminal gangs that profit from the illegal trade.

“It is vital that the EU takes a lead on tackling this despicable trade, and enables Europol to go after the criminals and animal killers who profit from it, exploiting some of the world’s poorest people in the process.

“Animals, flora and fauna are key elements of our bio-diversity and of eco-systems, which underpin not only many of our economic activities, but life itself and it is imperative that we punish those who are actively involved and make huge sums from this illegal industry.

“At the same time we must help poor people caught up in this illegal industry to understand the damage it causes, and incentivise non-involvement with illegal wildlife trafficking, as well as cooperation with the authorities.

“The ball is now in the Commission and Council’s court. We urge them to support us in our endeavours to eradicate this hideous trade and take on board the report’s proposals.”