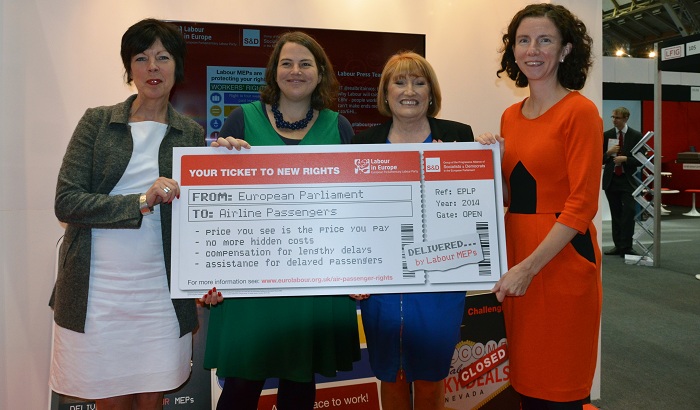 The EPLP enjoyed a successful Labour Party conference in Manchester, including two fringe events, a reception, the EPLP leader's speech and an engaging and interactive stand.

Our two fringe events were on building Labour's campaign for Britain in Europe and combating the rise of populism.

The main conclusion from both fringes was that pro-Europeans needed to speak in language people can understand - politicians needed to be more open and engaging, learning the lessons of the Scottish referendum and taking the fight to extremism.

In her speech to conference, Labour's leader in Europe, Glenis Willmott MEP, warned of the risks of a David Cameron election victory and its impact on Britain's standing in the EU, that only Labour had the influence to deliver the change Europe needs.

And leader of the Labour Party Ed Miliband, in his conference speech, said: "Our future lies inside, not outside the European Union."